Spain vs Portugal Golden Visa: Which Program to Pick?

Home » Residency By Investment » Spain vs Portugal Golden Visa: Which Program to Pick?

In our Spain vs Portugal Golden Visa guide, we compare the two country programs so you can make an informed decision about which residency by investment program to seek.

With golden beaches, enticing foods, and excellent weather, both Spain and Portugal offer safe and stable lifestyles in the heart of Europe. To encourage foreign investment and boost the state economy, both nations have adopted the popular Golden Visa scheme in Europe — attracting hundreds of investors each year.

The Golden Visa programs offer legal residency through investment — often property investment — in the nation. Provided that all program requirements are met, non-EU nationals can typically obtain permanent residency or citizenship in the long run, with full access to the European Union (EU).

While both Spain and Portugal offer golden visas, the program requirements and conditions differ. So in our Spain vs Portugal Golden Visa guide, we’ll tell you everything there is to know about both programs.

Portugal and Spain both offer fantastic benefits when it comes to the Golden Visa.

The right to live, work and study in the country

Spain’s Golden Visa application processing time is fast and efficient. Once the paperwork is submitted, it usually takes 20 business days for the visa to be approved.

Portugal’s Golden Visa processing time is comparably slower, taking between 3-6 months for the golden visa to be approved.

Nationals from these countries enjoy fast-track to citizenship privileges, with passports being granted in 2 short years, provided that the short stay requirements are met. These requirements include the need to travel every 2 and a half months to 3 months or 8 times in total to Spain within the two-year period. These residency requirements for citizenship are made possible with a multiple exits Golden Visa, as long as none of the trips last longer than 3 consecutive months.

If you’re not a national from these former Spanish colonies, the normal Golden Visa route lets you first live as a temporary resident in Spain, with an opportunity to become a permanent resident (PR) after the first five-year period. To become a PR, you must physically reside in Spain for 183 days per year. You can only apply for Spanish citizenship after you live in the country for ten years.

While the Portuguese Golden Visa program also doesn’t grant you citizenship straight away, the process of acquiring PR and citizenship is less complicated and faster. You can apply for PR after five years, without the need to live in Portugal. You’re eligible for citizenship after the fifth year. Note that Portugal has a policy of offering automatic citizenship to individuals of Sephardic jew descendency. To learn more, check out our Portuguese citizenship for Sephardic Jews.

Spain’s Golden Visa requirements are flexible. There is no residency requirement to maintain the Golden Visa. You must only visit Spain once in the first year for your biometrics collections session, and once each time the permit is renewed.

Meanwhile, Portugal has a minimum 7-day requirement in the first year, then no less than 14 days every two years after.

For Spain, the investor’s spouse, children under the age of 18, as well as parents can be included as dependents on an application.

The Portugal Golden Visa allows a spouse and dependent children (under 18 years old or still completing studies) to be included under the ‘family reunion’ application, although, not parents.

In Spain, investors are taxed on their worldwide income if they live in Spain for over 183 days per year. For non-resident individuals, tax is charged at 24.75% on income derived in the country, like rental income.

Need more information about the Spain vs Portugal Golden Visa? 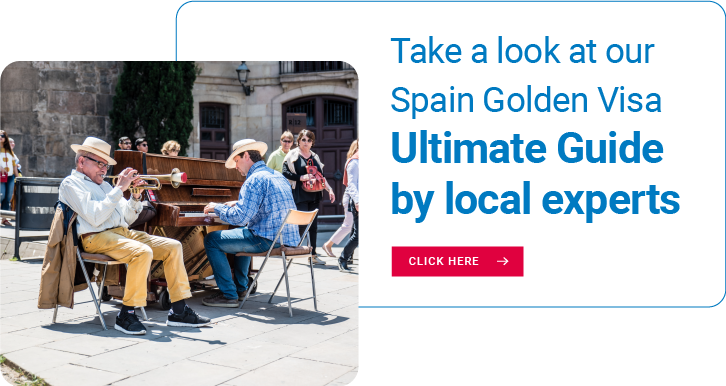 Frequently asked questions about the Spain vs Portugal Golden Visa

What is Portugal’s Golden Visa program?

Portugal’s Golden Visa program, commonly referred to as the Resident Permit for Investment, is a program that fast-tracks Portuguese residency in exchange for a qualifying investment. The initial Golden Visa grants its holders a temporary Golden Visa residence permit for a year, with options for renewal for up to 5 years. Afterward, investors can apply for permanent residence and even Portuguese citizenship.

What is Spain’s Golden Visa program?

The Spanish Golden Visa program is a residency-by-investment visa program, allowing non-EU foreigners to become residents in exchange for making a qualifying investment in the country. Qualified applicants and immediate family members are issued with a residency visa, with possible pathways to permanent residency after five years, and Spanish citizenship after ten years

Which program is quicker: Spain vs Portugal Golden Visa?

Spain’s Golden Visa program lets you obtain a temporary residence permit in as little as 2 months. In contrast, to get a Portugal Golden Visa, it can take up to six months since the application approval time is slower. Both Golden Visa programs will have their advantages and disadvantages, although on this front, Spain comes out in front.

Which Golden Visa is better Spain or Portugal?

When it comes to a Golden Visa Europe comparison between Spain and Portugal, it’s best to determine what option is better for you, speaking with experts in the field to guide you on your route to European residency. Also, consider whether you would like to move to Spain or Portugal, as each is completely different and will have its own pros and cons.

Also, if you are considering gaining European Union citizenship, Portugal offers the quickest route, whereby you can apply for permanent residence and citizenship after having residency in the country for five years. For Spain, it will take ten years to be eligible to apply for citizenship.

Both Golden Visa programs will have their advantages and disadvantages, so it is best to speak with an expert in the field to discuss your options.

Is it cheaper to live in Portugal or Spain?

According to Numbeo, consumer prices (including rent) in Spain are 9.57% higher than in Portugal. 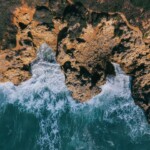 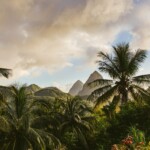 Our commitment to you

At Global Citizen Solutions, we work solely on your behalf. We are dedicated to providing a specialized service to each of our clients with the knowledge that comes with years of expertise, as well as access to a proprietary database of market information. We give the insight and data analysis to allow our clients to make investments with confidence.