Which Caribbean Country Makes the Most Money?

Home » Citizenship by Investment » Caribbean » Which Caribbean Country Makes the Most Money?

White sand beaches, rich cultural heritage, world-class infrastructure, modern amenities, positive economic growth, and a thriving tourism industry make the Caribbean region one of the most attractive places to live, work and invest. The rich Caribbean countries are often home to high-net-worth individuals and millionaires from all across the world. This article will help you understand which Caribbean country makes the most money.

Considering GDP per capita income, Bermuda, Cayman, and the British Virgin Islands are the wealthiest Caribbean countries. The GDP per capita is used as a parameter worldwide to determine the standard of living of a particular country by assessing the average wealth and income of each individual in the country.

In this section, we will take you through the richest Caribbean islands.

Consisting of 181 islands, Bermuda is one of the most populated and wealthiest Caribbean countries among the British Overseas Territories. This Caribbean nation has the highest GDP per capita: $110,000 and a population of 71,000.

Offshore insurance and tourism are the most significant sectors with high economic returns. The country also levies no corporate tax on residents. Bermuda attracts more than half a million tourists every year due to its natural beauty, picturesque landscape, and excellent infrastructure. 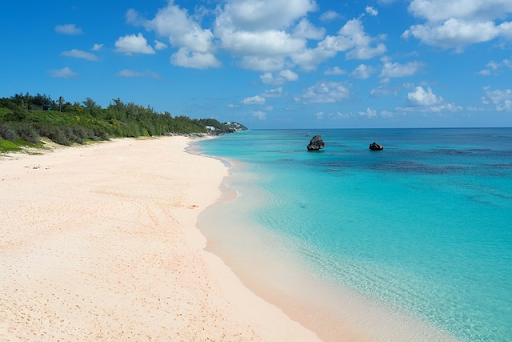 Renowned for being one of the largest offshore financial paradises, the Cayman Islands attracts massive amounts of foreign investment. The Caribbean island is home to people from more than 100 nationalities and cultures.

Consisting of around 64,000 people, this British Overseas Territory is the second richest in terms of per capita income. Grand Cayman, Cayman Brac, and Little Cayman are the most popular areas in the region and are famous for their scuba diving, snorkeling sites, and luxury resorts. The region has its currency, the Cayman Islands dollar (KYD), which stands at US dollar US$1.227 to 1 KYD.

Since the country levies no income tax, capital gains tax, or corporation tax, the largest number of offshore companies in the Caribbean region are registered under its jurisdiction. 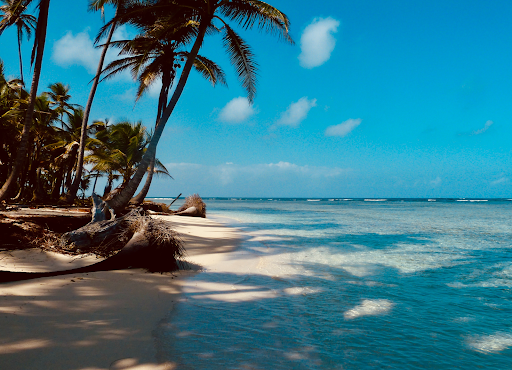 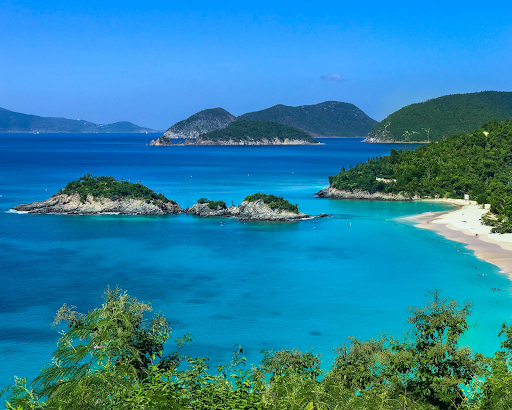 The US Virgin Islands (USVI)

The main islands of Saint Croix, Saint John, Saint Thomas, and other small islands make up the US Virgin Islands in the Caribbean. The region is well known for its white sand beaches, pristine natural beauty, and warm and welcoming population. Owing to all these factors, the US Virgin Islands (USVI) attracts around 2.5 million tourists per year and tourism accounts for the rise in the GDP of the territory. In addition to the tourism industry, trade & commerce and other service-specific jobs are predominant in the area.

Since the Virgin Islands is an unincorporated and organized territory of the United States, residents of the island are also qualified as US citizens.

Known as the Virgin Islands, this British Overseas Territory in the Caribbean has a population of around 30,000. It comprises the main islands of Tortola, Virgin Gorda, Anegada, Jost Van Dyke, and more than 50 minor islands.

The islands have a thriving tourism industry, making up 45% of the region’s national income. The region is also one of the top-performing Caribbean nations in the offshore financial services industry. The residents of the region are British Overseas Territories citizens. Since 2002, they have also been qualified as British citizens. The British Virgin Islands is also a member of CARICOM. 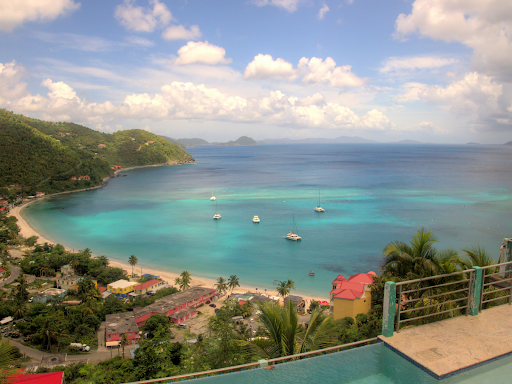 The Bahamas consists of around 16 major islands and is one of the most sought-after tourist destinations in the world. Owing to its significant tourist and finance sector, this island country is one of the richest Caribbean islands, with a GDP of $12bn against a population of 400,000 people.

The country is a tax haven for residents as it has no income tax, corporate tax, capital gains tax, or wealth tax. In addition to tourism, offshore international financial services and the banking sector account for a significant percentage of the GDP.

Anguilla is a self-governing UK overseas territory consisting of the main island and other offshore islets. The region is famous for its beautiful coral reefs, charming beaches, and tropical forests, attracting tourists worldwide. Anguilla is tax-friendly as it has no capital gains, estate, profit, sales, or corporate taxes. Tourism, offshore company incorporation and management, offshore banking, captive insurance, and fishing are the primary industries of Anguilla.

Although the US dollar is widely accepted and used in the region, Anguilla also has its currency, the East Caribbean dollar. 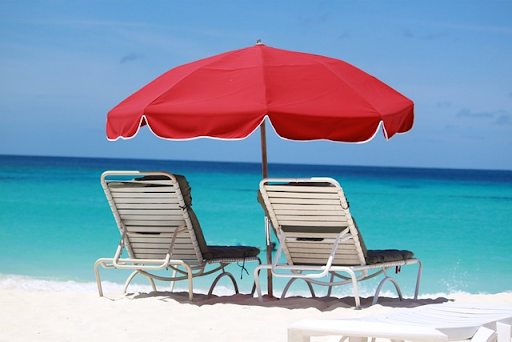 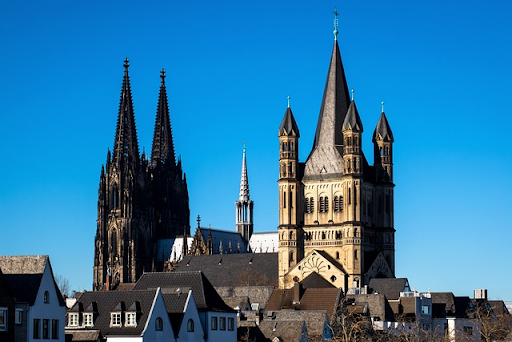 The island attracts over one million visitors every year due to its natural beauty and excellent infrastructure. The island’s economy depends heavily on tourism, as over half the population is attached to the tourist industry.

Located between the Atlantic Ocean and the Caribbean sea, this country is famous for its mountains, picturesque beaches, tropical forests, and former sugar production plantations. After the sugarcane industry’s downfall, this nation primarily depends on tourism, agriculture, and manufacturing to yield the maximum income. 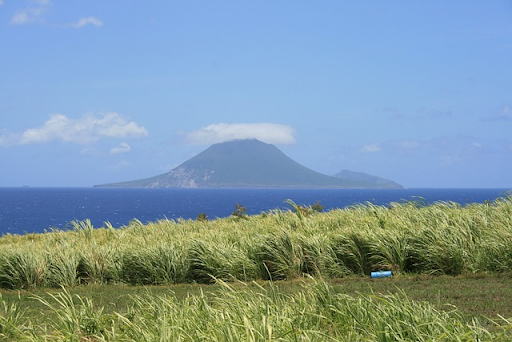 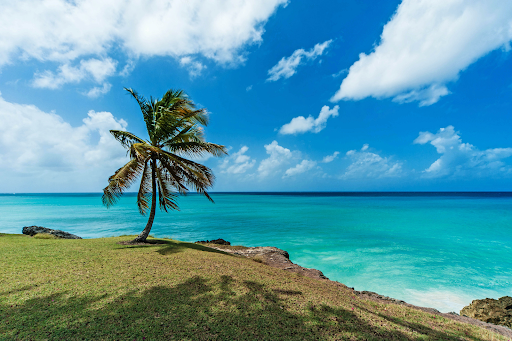 Barbados is an eastern Caribbean island that is famous for its picturesque beaches, botanical gardens, colonial buildings, and rich culture. This island country is home to around 300,000 people and a GDP of $5.3 billion.

The island nation has a dynamic economy, and the tourism industry dominates most of it. Nearly 40% of tourists that visit the island are from the United Kingdom, followed by the US and Canada.

In addition to this, the country also provides tax freedoms to residents. For instance, the country has no income tax on worldwide income. As per the World Bank, the GDP per capita of Antigua and Barbuda is $14,900. 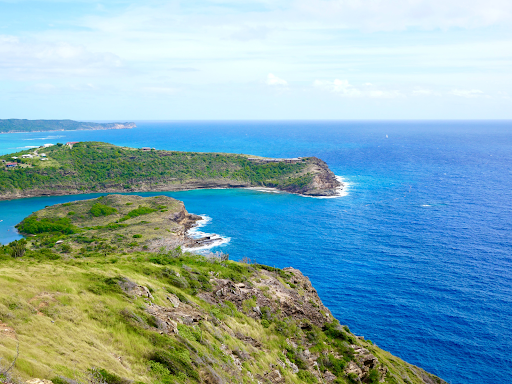 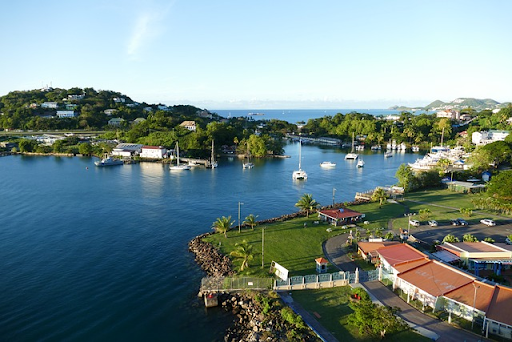 Be it picturesque landscapes, charming white sand beaches, a warm and tropical climate, or a thriving economy, St Lucia has it all. The country has a growing tourism industry and offers a relaxed island lifestyle. The St Lucia Citizenship by Investment Program of St Lucia also has many benefits.

For example, you can include your family members in your citizenship application and visit 140+ countries without a visa. Moreover, as a St Lucia resident, you are not required to pay any capital, wealth, or inheritance tax in the country.

The Richest Caribbean Countries by GDP

In terms of best citizenships, here is the list of the richest Caribbean countries by their GDP.

Citizenship / Residency in the Caribbean islands

Obtaining a passport from any Caribbean country has various attractive benefits. They include

Which is the most powerful Caribbean country?

In terms of mobility, the passport of Barbados is the most powerful among the Caribbean islands. With a Barbados passport, you can travel to more than 160 countries across the globe without a visa.

Which is the richest island country in the world?

In terms of GDP per capita, Bermuda is the wealthiest Caribbean country and one of the richest island countries in the world.

Which country has the largest economy in the Caribbean?

According to Statista (2021), Puerto Rico and the Bahamas have the biggest economy in the Caribbean.

What is the main source of income in the Caribbean?

Since almost all the islands in the Caribbean are attractive tourist destinations, the most significant source of income is from the tourism industry.

Which Caribbean country is the most developed?

Trinidad and Tobago is one of the most developed countries in the Caribbean. The country also has a high GDP per capita income. 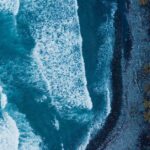 Prev Insight Grenada vs Dominica Citizenship
Next Insight How to Apostille Documents for American Citizens? 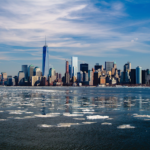