The US Abortions Laws

After the fall of the 1973 ruling in the Roe v Wade case, the US states are given the power to decide if and how to allow abortions. According to the US abortion laws, the states can now ban abortions earlier than 12 weeks. Legal abortion in the USA now depends on the national divide and where you live, in the absence of a federal standard.

The Republican-led states have either banned or severely limited abortion in the aftermath of the  ruling. On the other hand, several Democrat-led states are taking steps to protect abortion access. In this article, we will discuss the overview of the US abortion laws and what is the situation in other European countries.

The Roe v. Wade landmark abortion decision, which provided women with a constitutional right to abortion, was overruled by the US supreme court on June 24, 2022. The 6-3 decision by the Supreme Court gave the states the freedom to fashion their own laws, either to uphold abortion rights or prohibit and restrict them. The overturn resulted from Mississippi’s 15-week abortion ban challenge in the Supreme Court.

As a result of the overturning of Roe v. Wade, 13 states have trigger laws that marshal a complete ban on abortions in the aftermath of the Supreme Court decision. Most of the trigger laws make abortion a felony, restrict abortion access, and punish abortion providers. Trigger laws vary from state to state with exceptions for incest, rape, and the health of the fetus or the pregnant person. Among the 13 states, few enacted the laws immediately, although, for instance, in South Dakota this was the case. Others took a buffer time, altogether banning abortion 30 days after the Supreme Court’s decision, such Texas and Tennessee. Few other states did not mention the timing and are waiting for the state attorney general to approve a change formally. On September 1, 2021, Texas became the first state to implement abortion bans as early as six weeks of gestation since Roe v Wade was decided in 1973. As the impact of the Texas new law, the abortion rate dropped by 60% in the first month.

The current situation in the US is confusing, with all the regulations and new abortion restrictions in different states. The map below highlights the restrictions in all the states of the US. 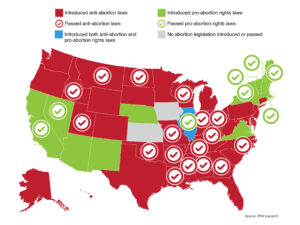 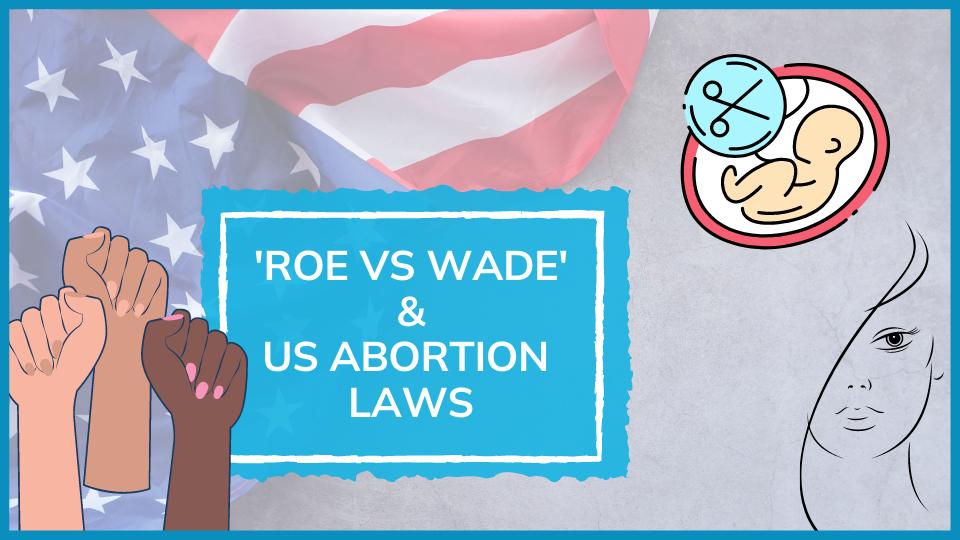 On December 1, 2021, the Supreme Court of the US heard the Mississippi case, challenging the 2018 abortion ban after 15 weeks, which is nine weeks before the point of viability. It is the first abortion case on the federal level that threatened to overturn Roe v. Wade.

Different types of abortion bans and restrictions in the states

The abortion laws that ban and restrict abortion access differ from state to state. In this section let us see the various types of abortion bans and restrictions present in the states after the overturning of Roe v. Wade.

The trend across Europe is squarely and overwhelmingly toward the legalization of abortion, and towards the removal of legal and policy barriers. The trend across Europe is moving towards legal abortions and the removal of policy barriers. Most European countries allow abortions on request during the first trimester, with the Netherlands and Sweden having further extended time periods.

Abortion after the first trimester is allowed only for potential reasons, such as risk to women’s health or life, the genetic anomaly of the fetus, or women’s age. For example, in Austria, abortion after the second trimester is allowed only when there is a serious risk to a woman’s life, mental health, physical health, or if she is under 14 years of age. In Denmark, abortion can be done for various reasons, such as socioeconomic reasons. However, one needs to get authorization to have such an abortion. In Finland, abortion even up to 12 weeks requires authorization from two doctors. However, authorization is granted easily if the mother wants to have an abortion. The one state among all the European states that have banned abortion completely is Malta. Malta has one of the most restrictive abortion laws among European countries. 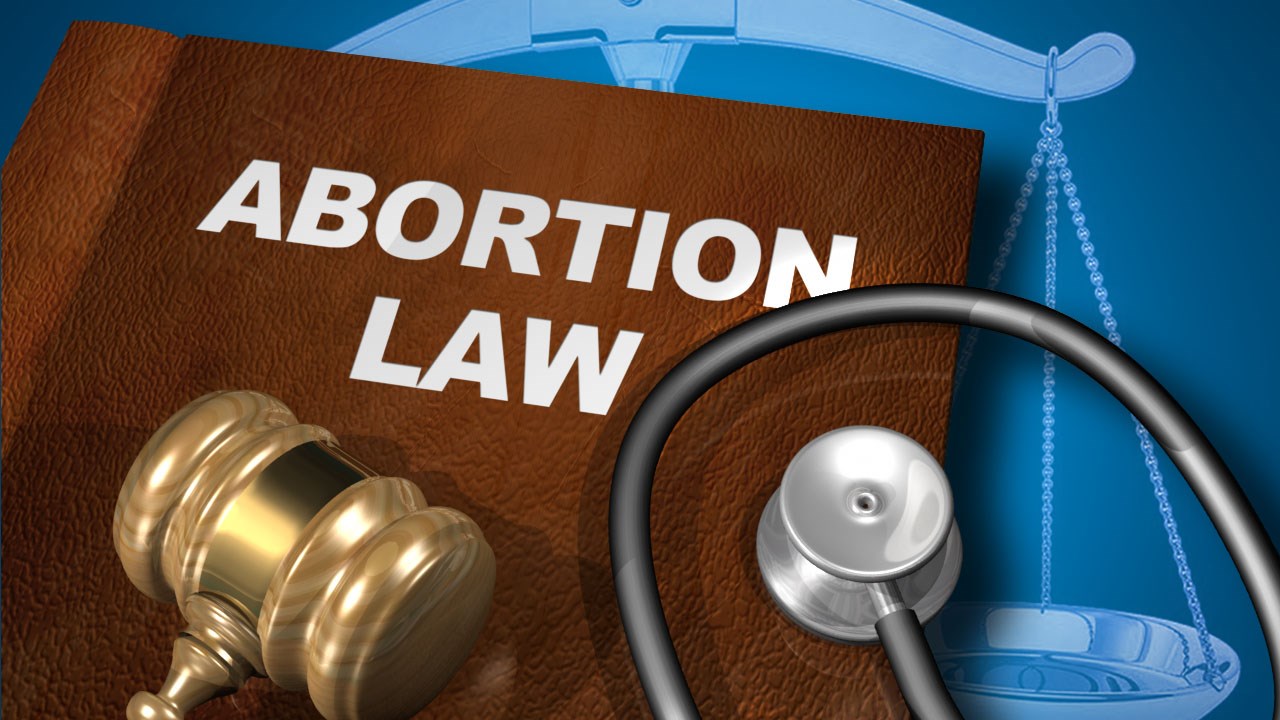 We shall see abortion situations in a few European countries below, 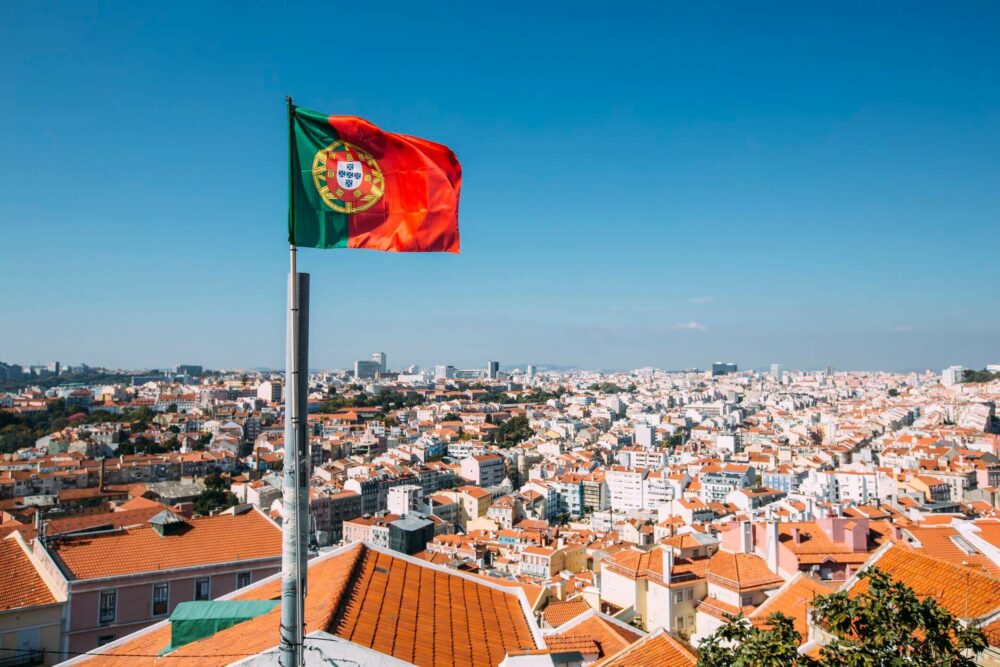 Before 1984, abortion in Portugal was illegal. However, from 1984, options for abortions were introduced. In 2007, pregnant woman could request an abortion with the permission of voluntary interruption of pregnancy up to 10 weeks, as long as it is performed in accredited health service in the country.

In 1984, the assembly of the Republic enacted a law that permits abortion under certain circumstances, such as fetal disease, maternal health, rape, etc. In 1998, a national referendum was held to decriminalize the voluntary termination of a pregnancy. However, the referendum result was non-binding, as only 31.9% of voters participated in the referendum.

A similar referendum was held in 2007, where voluntary abortion was legalized and can be performed up until the 10th gestational week in accredited health centers in the country. Portugal’s abortion laws are changed to broaden the scope, where a woman can get an abortion when she wishes not to have the baby.

Under the abortion law in Portugal, one must have:

If you are interested to know more about abortion access and the steps followed in Portugal refer to our guide on Abortion Laws in Portugal.

Malta is the only member of the European states that criminalized abortion. The anti-abortion laws in Malta are amongst the strictest in the world. Abortions are rendered illegal and those who try to get abortion access are tried under Malta’s criminal law with no exceptions. According to Malta’s abortion laws and criminal code, medical professionals, and women who are involved in abortion procedures might face legal procedures. The women who opt for abortion might face up to three years of imprisonment, and the physician who performs the procedures will get their licenses canceled and face four years of imprisonment.

The strict Maltese anti-abortion laws lead many women to ruin their health and finances, as they seek to terminate their pregnancy through abortion pills online, self-induced miscarriages, or travel to other countries that allow abortion, such as the UK, or Germany. 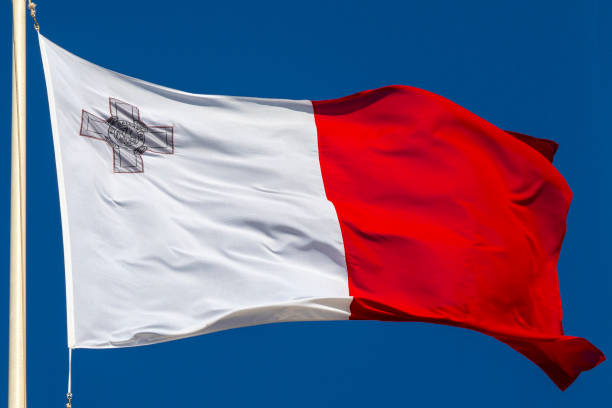 Currently, there are no exceptions in the Maltese law to allow abortion within the territory, even if a woman’s life is at risk, in cases of  rape, incest, severe fetal malformation, or otherwise. However, an indirect abortion of ectopic pregnancy (when a fertilized egg grows outside the main cavity of the uterus) is allowed by a case-by-case decision.

Please refer to our guide on Abortion Laws in Malta for further information. 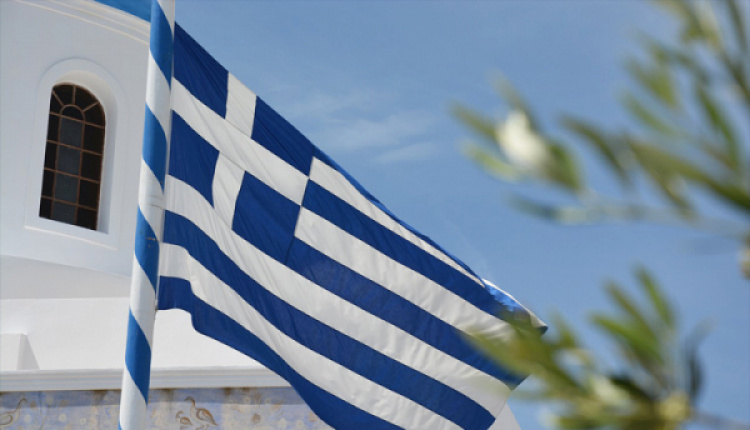 Greece is one of the European countries that permits the abortion procedure to take place in their territory without any legal consequences. Abortion in Greece became legalized completely in 1986 after the passing of Greece’s abortion law “1607/1086”. The law permits abortion on request, for reasons including social and economic cases, as long as the abortion is performed in the first trimester of pregnancy (not exceeding 12 weeks). However, if the situation arises, a pregnant woman can request termination after her first trimester.

Greece’s abortion law “1609” stipulates a certain set of mandates that include,

If you want to know more about the abortion procedures in Greece, refer to our guide on Greece’s Abortion Law.

What is the current abortion law in the US?

At present, after the overturn of the Roe v. Wade decision, the abortion law in the US varies from state to state. The safe and legal abortion now depends on the national divide and where you live.

When was the first abortion law passed in the US?

In the early 1900s, every state in the US made abortion illegal after protests from male doctors to separate themselves from female healers and midwives who also perform abortions.

What is the cost of abortion in the US?

According to the Guttmacher Institute (a non-profit organization that aims to improve sexual and reproductive health and rights worldwide), the abortion cost in the first trimester is anywhere between $75 and $2500. The second-trimester abortion costs $1,195 and the later term can cost $3000. The price increases as pregnancy progresses. Also, the price depends on the type of abortion procedure and the size of the baby.

Is abortion legal in Portugal?

Yes, after 2007 abortion was made legal in Portugal up to the 10th week of pregnancy, as long as it is performed by experienced practitioners in accredited health services in the country.

Is abortion illegal in Malta?

Yes, abortion in Malta is illegal. The country has some of the strictest abortion laws in Europe.

The cost of abortion in Europe depends on the country’s abortion laws. In a few countries, the cost is paid by the patients while in other countries they are paid by the state. For instance, in Portugal, residents have the legal right to an abortion paid for by the state. 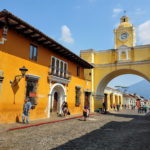