Taxes in Greece: A Guide for Foreigners

Home » Europe » Taxes in Greece: A Guide for Foreigners

For many foreigners who come to work and live in Greece, the tax system might be excessively confusing, with personal income tax rates as high as 44 percent. Before you decide to buy a home, start a company, or relocate to Greece for employment purposes, there are a few things you should know about the Greece taxes 2022.

You are subject to paying taxes in Greece if you:

If you are a non-resident of Greece, you must pay taxes only on your Greek income. You may use the Greece Income Tax calculator to figure out the amount you have to pay. If you are married, you will be taxed individually, however, there may be some modifications.

As an employee or self-employed person in Greece, you must pay taxes on your income. If you want to have the status of permanent resident, your taxes will be determined by whether they are derived in Greece or another country. For permanent residency applications, you may want to look into the Golden Visa Greece guide.

If you are a resident of an EU member state and 90 percent of your income comes from Greece, you are eligible for certain deductions and credits.

Except for the already mentioned conditions for paying taxes, you also have to pay taxes in Greece in case of:

Because of most Double Taxation Treaties, if you are a foreign resident or a non-resident, you are required to pay taxes on your actual income in Greece.

Types of Taxes in Greece

You can meet several types of taxes in Greece:

If you are self-employed in Greece, you have to make payments on your employment income tax. This personal tax will be offset on an annual report. You will pay your social security taxes out of pocket as a self-employed individual. In addition to this, unemployment, pension, and health care insurance are all part of the insurance package.

Even though the cost of living in Greece is affordable for expats, the country still has taxes on their income. Here are the rates of taxes in Greece:

1. Greece tax rate for corporate and professional income, and employment and pensions income:

Capital gains are not taxed individually but are contributed to the company’s taxable income. Except as in the following circumstances: 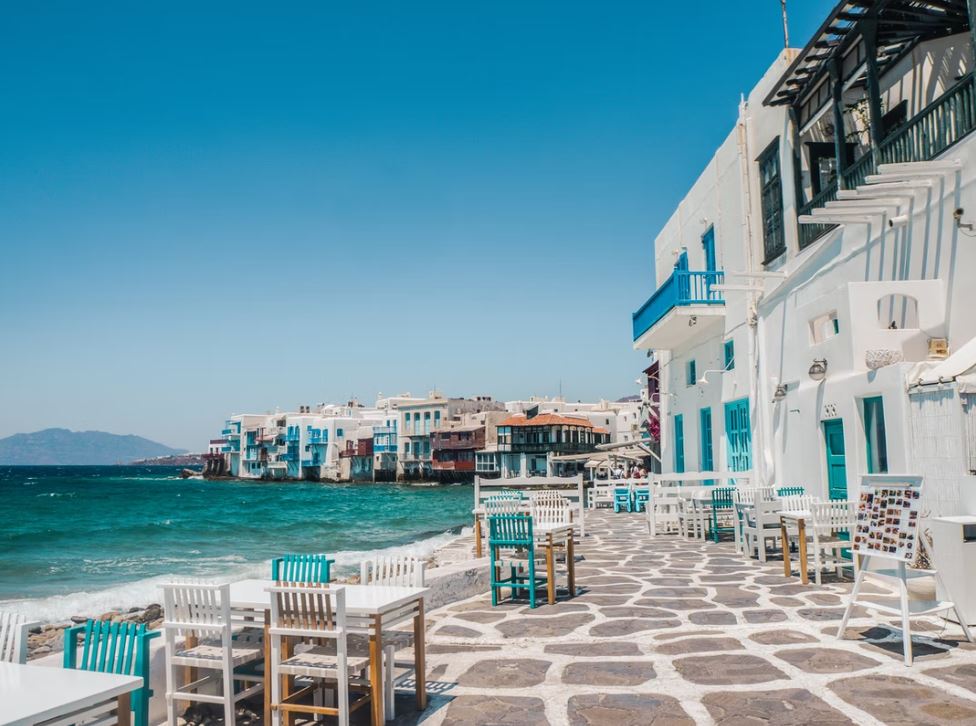 Following the practices of countries like Cyprus, Italy, Malta, Portugal, and the United Kingdom, Greece implemented a “non-domicile” tax regime for foreign individuals who wish to transfer their tax residency to Greece by paying an annual flat tax on their foreign income, regardless of the amount, and with no obligation to declare their foreign income in Greece.

With this law, high-net-worth individuals might profit from the non-dom tax regime if they follow the Greece tax residency rules and relocate their tax residency to Greece. Also, investors pay a flat tax of €100,000 every tax year, regardless of their total foreign income. This regime is in effect for a maximum of 15 fiscal years.

To be eligible for the non-dom regime:

Investment may be made at any time between the implementation of the non-dom tax system for high-net-worth individuals and three years following the submission of the application.

Important Dates for Payments and Reports

Greece’s fiscal year runs from January 1 to December 31 of the same calendar year. However, taxes are levied in the next fiscal year. The tax year follows the year of income. You have until March 2nd after the end of the fiscal year to file your tax returns. If you simply get income from a wage, you do not need to file an annual return; instead, your employer deducts the tax from you. The employer then transmits it to the tax authorities once a month.

Companies must also submit advance payments once every three months. If you are self-employed, you must submit taxes five times a year, at the end of each quarter and the end of the year.

Individuals who invest in foreign nations may face the so-called “Double Taxation” issue: when both the country of origin and the country of residency charge individuals on the same income. This is also known as double taxation.

There is an agreement called a double taxation treaty to avoid this. This treaty/agreement is a bilateral agreement between the two countries stating that they are intended to avoid the same revenue from being taxed twice. Countries can determine between them on which can collect income taxes from an individual.

How Does Greece Approach the Double Taxation Treaty?

When more than two states are about to tax an individual’s income, the state of residence must prevent double taxation. It is possible through the use of exemption and credit methods.

If a certain income is taxable under the Greek Income Tax Ordinance but is exempt or subject to a lower tax under a Taxation Treaty, the income will be taxed following the Taxation Treaty.

Many nations around the world have signed Double Taxation Treaties with Greece. It has income and capital treaties with 57 nations, those being:

Greece also has inheritance, estate, and gift agreements with Germany, Italy, Spain, and the United States.

How much tax do you pay in Greece?

Are taxes high in Greece?

It depends on the amount of your annual income. In Greece, the individual income tax rate is progressive, ranging from 9% to 44%.

In Greece, all of your income is taxed. The country’s income tax rates are progressive up to 44 percent, which implies that they rise in proportion to your earnings. Individual income might be derived through salary, pension, or company gains.

In addition, according to the Global Citizen Solutions Global Passport Index, the Greek passport ranks 45 followed by good results in three indexes: Enhanced Mobility, Quality of Living, and Investment, with the latter calculating 44% of personal tax rate in Greece.

Greece is making its attempts to attract foreign direct investments by offering tax incentives. The first provision in force is particularly incorporated in article 5a L.4172/2013. You can search the official Greek tax authority website to find more information.

How do taxes work in Greece?

How can non-residents of Greece file their tax returns?

What is the tax return due date in Greece?

Individual income tax returns must be filed in Greece by June 30 following the fiscal year of income.

When is the tax year in Greece?

In Greece, the fiscal year runs from January 1 to December 31. Keep in mind that January 1 is not the deadline; you do not have to report tax returns on your annual income until the following year before June 30.

What is the rate of Value Added Tax (VAT) in Greece?

The VAT rate is 24%, although there are various reductions in the VAT rate for some services in Greece.

What is the personal income tax rate in Greece?

Individual income tax rates in Greece are progressive and range between 9% and 44% depending on your annual accumulated income.

Do investors from the European Union have to pay taxes in Greece?

Typically, yes. However, if you are an individual from a European Union nation and 90% of your income comes from Greece, or if your taxable income is relatively low, you may be eligible for specific deductions/tax reliefs.

Do investors from the United Kingdom have to pay taxes in Greece?

Greece and the United Kingdom have a Double Taxation Treaty (DTT). As a result, some gains and generated income may be exempt or subject to lower taxes. It is important to review the particular agreements made by the two countries to understand tax in Greece for UK expats. 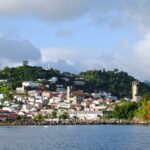 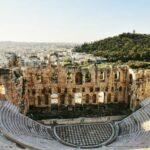