Is Portugal Going to Scrap its Golden Visa Scheme?

On 2 November 2022, the Prime Minister of Portugal, António Costa, announced that several visa schemes that Portugal offers are being re-evaluated, including the Portugal Golden Visa.

What is the Portugal Golden Visa?

The Portugal Golden Visa program – also referred to as the Resident Permit program – was launched in 2012 to assist the country’s recovery from the subprime crisis. Since then, 11,180 investors and 18,368 family members have benefited from the scheme, with more than €6 billion being invested into the county, significantly boosting the local economy and creating jobs in the country.

Since 1 January 2022, the program experienced some fundamental changes, namely excluding some areas for residential investment and focusing investments on less populated areas of the country and the autonomous islands of Madeira and the Azores. The purpose of the changes to the program was to incentivize investment in the interior parts of the country. Alongside this, many other investment options increased in price, including the capital transfer and investment fund routes.

The Portuguese Prime Minister, António Costa, was speaking at Web Summit, the largest tech festival in Europe, about Portugal’s Digital Nomad Visa. His statement continues to position Portugal as having a friendly position regarding immigration. However, the announcement hinted that, with regard to the current reality, the perspective might have to be adjusted. Nonetheless, he has highlighted the continuity of the tax benefits that continue to attract investors to the shores of Portugal, especially in the technological area, where Portugal has established itself as one of the leaders in this field.

What does this mean for the Portugal Golden Visa?

Should the proposal from the Portuguese government proceed, there is no precise indication of when it will likely come into effect. To date, changes to this type of legislation take some time to be implemented.

Joana Mendonça, Head of Legal at Global Citizen Solutions, has stated that, “the recent history of discussions about the program shows that nothing will be done in a hurry. It is necessary to discuss potential changes with all those involved, which will take time. For example, the latest changes made by the last government took 18 months to take effect since they were first announced.”

The government is expected to consult stakeholders and social partners to understand the receptivity to potential changes before anything is decided upon.

We would like to reassure anyone currently going through the Portugal Golden Visa process. This statement from António Costa on 2 November will not impact your application process. Your application is protected by law, even in such circumstances where the proposal goes ahead.

Patricia Casaburi, Managing Director of Global Citizen Solutions, has stated that, “we have already communicated to our clients that we have processes in place so that they can be calm, and that there will be no setbacks in the application process.”

Patrick De Novais, Senior Investment Migration Consultant at Global Citizen Solutions, also stresses that, “since the day of the declaration, many clients have called to ask for details about the news, worried about if they should continue with the Golden Visa application process. We are giving them peace of mind that everything is normal, and that the application process is running as usual.”

Additionally, if you are considering applying for the Portugal Golden Visa, applications remain open as usual. Given the time it takes for changes in Portuguese legislation to take place, should any changes occur, we will have enough time to discuss and prepare for this eventuality. In our experience, changes always bring about new opportunities and perspectives.

As part of the state budget discussions, which are undergoing final votes this week, Bloco de Esquerda and the Communist Party (PCP) both separately proposed that the Portugal Golden Visa scheme be scrapped immediately. The proposal made by the Communist Party was voted upon on 22 November and was rejected. The proposal by the Bloco de Esquerda to completely eliminate the Golden Visa was voted on and was also rejected. There are currently no proposals from any party pending a vote on this matter.

Notably, the PS, currently in government, the PSD, and Chega all voted against the elimination of the Golden Visa. In addition, the PS defended that it is time to evaluate the last update to the Golden Visa program. All remaining parties voted to eliminate the Golden Visa.

However, it is clear from current considerations in Parliament that this subject is being analyzed and considered thoroughly and not merely eliminated from the Portuguese legal system with any immediate effect. What is important to note is that, ultimately, the law regarding the Portugal Golden Visa remains unchanged. 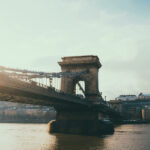 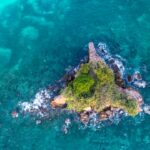