Guide to US Passport Index

The number of countries that allow visa-free entry is frequently highlighted in passport rankings. However, when applying for dual citizenship, it is crucial to consider such factors as investment opportunities, visa-free entry, and quality of life.

It is recognized that factors such as the ease of doing business, investment opportunities, and quality of life are also important factors to consider, alongside visa-free access to countries. This is how our Global Passport Index 2022 was created. And what drives global citizens to seek US citizenship? As the country holds the top spot in our ranking, we have prepared this article to provide you with everything that you will need to know concerning the US passport index and what this passport can offer.

Passport index rankings aim to highlight, educate, and inform about the impact world’s passports have on the holder’s identity, opportunity, and mobility. A passport is one of the most important documents we can own, opening up a wide array of opportunities.

The United States passport is ranked first in the Global Citizen Solutions Global Passport Index because it allows the holder to travel visa-free to 172 countries worldwide. American passport holders have visa-free or visa-on-arrival access to countries such as Japan, Brazil, Taiwan, Peru, the United Arab Emirates, Canada, and the entire European Union, allowing nearly instant travel around the Globe. Americans do, however, need a visa to enter about 40 countries around the world, including China, Russia, and Iran.

According to the GCS Global Passport Index ranking, there are three main points to analyze the power and benefits of a passport:

The US passport ranks highly in each category:10th in the Enhanced Mobility Index, 4th in the Investment Index, and a slightly lower 23rd place in the Quality of Life Index due mainly to the high cost of living in the US.

This category holds fifty percent of the value and reveals the world’s top passports in terms of the number of visa-free destinations. The Enhanced Mobility Index also considers each destination’s attractiveness based on its quality of life evaluation.

Among the easy access countries for the US passport holders, there are the European Union members, the United Kingdom, Canada, the United Arab Emirates, Brazil, Australia, New Zealand, and Singapore.

The Investment Index is calculated on the country’s economic health, investment opportunities, and ease of doing business taking advantage of gainful tax schemes. An investor-friendly passport is a viable option for second citizenship seekers looking to shield their financial liberties abroad.

The country offers investors the world’s most lucrative consumer market as well as a diverse and developed economic market which is ideal for investors. The United States ranks highly in all aspects of innovation and markets, including innovation capability, product market, financial system, labor market, business dynamics, and, in particular, market size. The United States has a Gross National Income per capita of $66.080 and a personal tax rate of 37%, making it the “most favorable” option for investors.

The Quality of Life Index

In some ways, America has a particularly high standard of living. The Quality of Life Index addresses six aspects of quality of life: sustainability, cost of living, happiness level, environmental performance, freedom, and immigration acceptance.

Even though the cost of living makes the US rank the least high among the three categories, the United States is still at the innovation forefront. Continuous efforts are made to improve the country’s environmental and sustainability performance, as the US aspires to be a world leader in these fields. 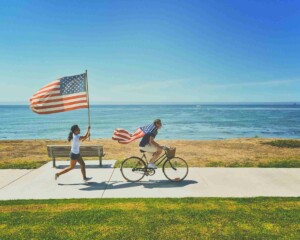 IIn comparison to other international passports, the US Passport ranking is calculated by adding the number of countries that accept holders of US passports with a visa-free entry, as well as the countries that accept US citizens with a visa on arrival, or with an Electronic Travel Authorization (eTA). Currently, there are 141 visa-free countries for US passport holders, 44 applying for visas on arrival countries, as well as 4 eTA destinations. Therefore, US passport holders can visit many countries with no visa required, with a visa on arrival, and or an eTA. This is one of the reasons why a US passport is ranked first in the GCS rankings.

In addition to the visa-free countries and countries that have applied for a visa on arrival, there are 40 destinations for US passport holders that require a physical visa or an electronic visa to enter a country.

Facts about the United States of America

Here are some general facts about the United States. 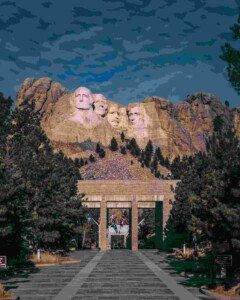 The United States is a country made up of 50 states in North America, bordering Mexico and Canada. The capital of the United States is Washington, D.C. The most populous states are California, Florida, and Texas, with a combined population of over 328.2 million people. New York City, with 8.3 million people, is the most populous city. Other major cities include Los Angeles, Chicago, and Houston.

The US is home to Hartsfield-Jackson Atlanta International Airport (ATL), the busiest airport in the world and the largest airport in the United States, with more than 110 million annual passenger throughput, followed by Los Angeles International Airport (LAX), which has 88 million annual passenger throughput.

With 3,796,742 square kilometers, the US is the world’s fourth largest country. The climate varies greatly due to the country’s vast territory and wide range of climatic zones. There are mountains, plains, deep river valleys, and volcanoes dominating the US`s landscape.

The country’s government type is a constitutional federal republic, with Joe Biden serving as both head of state and head of government. Elections are held once every four years. The legal system is based on English common law.

The country’s official currency is the US dollar (USD). The economy is open, with an estimated GDP of $23 trillion in 2021. A citizen’s per capita income is $68,309. GDP is primarily composed of two major sectors: industry and service. The United States is a technology development leader with a diverse overall industry. There are oil, steel, automobiles, aircraft, wheat, corn, fruits, and vegetables among the US major exports.

The United States is the world’s third most visited country. Approximately 70 million tourists visit this country every year. The vast majority of them are from Mexico, Canada, and the United Kingdom.

What are the top 5 strongest passports?

The Global Passport Index by Global Citizen Solutions listed 5 countries to be the strongest in the world: the United States (1st), Germany (2nd), Canada (3th), the Netherlands (4th), and Denmark (5th). You can see the full list of countries here.

How do I know what rank my passport is?

Which passport is the strongest 2021?

According to the Global Passport Index by Global Citizen Solutions, the strongest passport in the world in 2021 was the passport of the United States. The passport has been put in this position by calculating three different categories: investment opportunities, enhanced mobility, and quality of life.

What are the 10 most powerful passports?

The Global Passport Index gave us the list of the most powerful passports, and among them are the passports of the United States, Germany, Canada, the Netherlands, Denmark, Sweden, United Kingdom, Finland, Norway, and New Zealand. 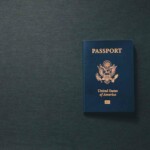 Prev Insight How to Get a U.S. Passport?
Next Insight Your Guide on Jobs and Working in Portugal 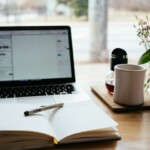