Why Retire in Lisbon?

Home » Residency By Investment » Portugal » Why Retire in Lisbon?

Whether briefly visiting for a few magical days or planning to take advantage of the long-term opportunity to live quietly and peacefully, this cosmopolitan city is always entertaining. So let’s have a look at the evidence, and answer our question: Why retire in Lisbon?

The hidden capital of Europe has recently been highlighted by major international newspapers, and always for the same reason: they have (re)discovered an undervalued treasure. Those who visit always reach the same conclusion: Lisbon is the place of the moment.

It has one of the best climates in Europe. It is sunnier than Madrid, Rome or Athens, and Lisbon usually has an Atlantic breeze that serves as natural air conditioning to temper the warm Mediterranean air coming from the south. Beaches are 20 minutes from the city centre by train on the Cascais or Costa da Caparica line, delighting those who need a break from the urban rhythm. The Tagus River also contributes greatly to the beauty of the landscape and lifestyle of Lisbon.

Lisbon is the second oldest capital of Europe, after Athens. It was ruled by Germans, Romans and Arabs before the Portuguese crusaders took possession of it in the 19th century. It has been the birthplace of artists, poets, writers, romantics, warriors and revolutionaries, each with their own legend, and forming part of Lisbon’s immense cultural tradition.

The Portuguese capital has always been very romantic. It has influenced many artists, and the cultural panorama of Lisbon is extensive and enviable. It seems no one gets tired of presenting new projects, new art and new spaces. Theatres, operas, fados… Lisbon has a cultivated culture in constant renewal. Tradition is taken seriously and is continuously practised and improved.

Lisbon’s reasonable cost of living attracts people from all over the world. The average income does not even enter into the top 50 of world cities. Not to mention the food, which is famous for being so good and costing so little. The real estate market, regardless of its fluctuations, remains cheap compared to other European cities offering similar conditions to its inhabitants. Lisbon is a paradise in terms of quality for the price, and that is why so many people decide to extend their savings with modest Portuguese prices.

Yes, the Portuguese gastronomy. “The way to a person’s heart is through his stomach.” We do not know who said it, but they must have passed through Lisbon to come up with such an idea. The traditional Portuguese recipes are lovingly passed down from generation to generation. Cod is a symbol of the nation, and the pastels of Belem seem to have fallen from heaven. The seafood is fresh and enviable and the chorizo is immediately loved by all who taste it. Palates are enriched in Portugal and the word temptation gains a new dimension.

For citizens of the European Union, the process is very straightforward and uncomplicated; they can easily apply for residence and quickly enjoy many benefits just like the locals. The process must be started in one of the SEF (Foreigners and Borders Service) bureaus. Citizens who do not belong to the EU must apply for a residence permit at the Portuguese consulate in their country, which lasts for five years and then allows the option to apply for permanent residence. For those who want to invest, there is also the Golden Visa program that allows one to obtain a residence permit through investment.

It offers the status of “non-habitual resident”, which allows retirees, investors and business people, amongst others, to be exempt from taxes for ten years. To take advantage of this programme you must register as tax resident in Portugal, rent out or buy a property in Portugal, and must not have been a tax resident in Portugal for the previous five years. No doubt not paying taxes for ten years is a strong attraction for retirees, as well as investors and business people, to Portugal. 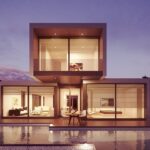 Prev Insight How to Choose the Perfect Property Abroad
Next Insight Worried about Brexit? Here’s how UK residents can get a second passport… 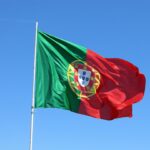