Returns on Real Estate in Cyprus

Returns (yields) on real estate in Cyprus have always been at the lower end, but the 2013 bail-in has encouraged people to invest in real estate, and demand is on the rise.

Returns on the lower end

Returns are the income of a property let on the open market (i.e. the rent) as a proportion of the prevailing market value. The returns are historically low since prior to the 2008 real estate crisis there was a healthy capital appreciation for most properties amounting to five to seven per cent p.a. The yields at the time (2008) compared with the deposit rates of approximately 5% showed a return of 4%-5%.

Nowadays the situation is different and returns on real estate in Cyprus have been reduced say for apartments to around 4%, whereas there is no expected short-term capital appreciation.

The tragic situation of real estate in Cyprus as a result of the 2013 bail-in has encouraged people to invest in real estate since, part of the market at least, doubt the solidness of local banks. Of course, out of the rental value/income, one must deduct taxes and other charges that go with the ownership of real estate (provided again that the tenant undertakes his own common expenses and other charges). So, at the end and assuming 30% for expenses real estate investment by comparison to deposits has the upper hand (government bonds excluded).

Real estate has the advantage that you can mortgage it to secure a loan.

Below is a table of real estate returns which is not strict but depends on many factors. The table (prepared by the local RICS association) shows not large variations over the years (2010-2016) but higher returns are shown for high-cost investments which entail higher investment risk and uncertainty, as well as increasing maintenance/management cost. As such these show a return of 6%, hotels 10%-12% etc.

During the initial post-2013 years, large-scale investors, mainly from abroad, required a return of 6%-7%, but as the economy got better it was reduced to 6% and nowadays is around 5% (commercial properties).

What is interesting is the return shown for villas to let, especially in the Paralimni-Ayia Napa and Paphos regions. These villas are usually not declared for tax purposes (even though that is illegal) since tenants (short term) do not benefit by declaring it. There is an increasing demand for these short lets and as an indication, a villa of three bedrooms (not on the beach) in Protaras is let for €2,500-€3,000/week (during peak months) and ±€2,000 per week out of season with a total letting period of six months.

The more attractive the property and proximity to the beach, the longer the letting period and of course the income. At the same time, four-bedroom villas on the beachfront have a letting rate of €3,500-€4,000 per month (peak period) and €2,500-€3,000 out of season. These rates refer to the Protaras area with a much lower scale for Paphos. Mind you, out of the total income one must deduct approximately 25% for expenses/maintenance and agents fees etc.

Coming back to Famagusta, the region is the subject of a general upgrading including the underdevelopment Ayia Napa Marina, the marina in Protaras (pending its construction) and the much-awaited golf course, all of which will add to the region’s attraction and value elongating the letting season by even more. Will these rental levels be sustainable in the immediate future?

It is difficult to say since this upsurge of demand came about as a result of the large increase in demand for hotels. So it is not certain for how long this brisk demand will last, but in the meantime, it is one of the better income producing options. 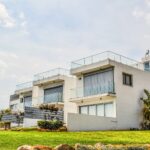 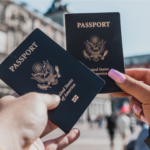