Malta for LGBT: The Ultimate Guide

Do you belong to the LGBTQI+ community? Planning to move and invest abroad? Malta, a small southern European island, can be the perfect place for you. According to ILGA-Europe (International Lesbian, Gay, Bisexual, Trans and Intersex Association), an international independent organization championing the interests and rights of lesbian, gay, bisexual, trans, and intersex people in Europe, Malta ranks as the number 1 country in the Rainbow Index. Malta for LGBT people is therefore one of the most equal playing fields in Europe.

While most countries across the globe today are racing to build a culture that enables individuals from the LGBTQI+ community to live, work, and invest the way they want, Malta’s progress in this field has been commendable. Malta has introduced a number of LGBTQI+ friendly bills, ensuring equality and protecting human rights across the LGBTQI+ community.

Malta has been recognized as the first country in Europe to prohibit conversion therapy – a pseudoscientific practice aimed at changing a person’s sexual orientation and gender identity. In addition to this, the Government in Malta has also altered the language generally used to address domestic or family relationships in legal records to make them more gender-neutral terms. Efforts like these have set a very high standard with regard to LGBT rights across the globe. 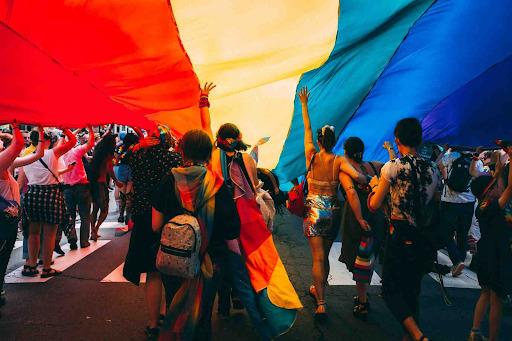 Evolution of Malta – Building a favorable environment for LGBT

Owing to the influence and control of the Roman Catholic Church, Malta in the past had the reputation of being a conservative country. For instance, divorce was prohibited, abortion was, and is, illegal and the laws that dictated the country were mostly conservative. But, over the years, this island country has surprised the world with its progressive and forward-looking LGBTQI+ rights.

Due to the Malta LGBTQI+ Rights Movement, today the country has decriminalized same-sex relationships, recognized civil unions for same-sex couples, introduced equal rights for LGBTQI+ couples with regard to adoption, an 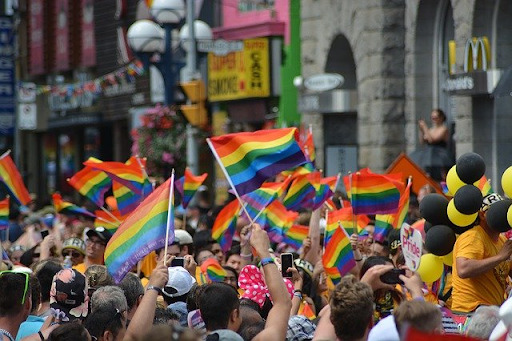 Established in June 2011, the Malta Gay Rights Movement (MGRM) has been working continuously to attain equal status for LGBTQI+ people in Malta.

The goal of this movement is to:

Rights for LGBT Community in Malta

Malta has been a shining example of a country championing progressive gay rights. If you are looking to shift to this beautiful island country, here is a list of rights that you should know. 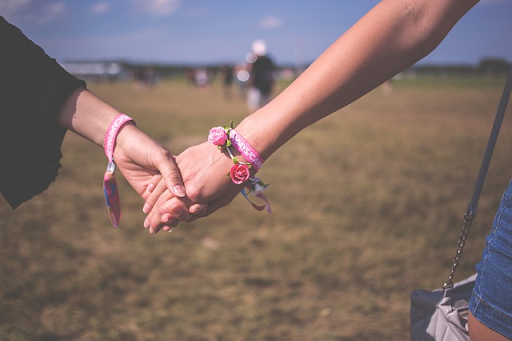 In the year 2017, the Maltese government voted to introduce a bill that legalized same-sex marriage. The bill transformed the traditional vow – “you are now husband and wife” in civil unions to “you are now spouses”.

Applauding the revolutionary bill, former Prime Minister Joseph Muscat commented that the Maltese citizens have achieved “an unprecedented level of maturity.” This law went a long way in contemporizing the institution of marriage – making it inclusive for all conforming parties. The law also approved a gender-neutral expression – ‘spouse’  – instead of ‘husband and wife’ as appropriate for the situation.

Taking an exemplary step towards building an LGBTQI+ friendly nation, Malta, in the year 2014, granted adoption rights to same-sex couples, married couples, as well as singles residing in the country from the LGBTQI+ community. In July 2016, Malta witnessed the first official adoption by a same-sex couple. The law has mandated a court ruling for the adoption of every individual child regardless of the sexual orientation of any of the potential parents.

In June 2018, Marie Louise Coleiro Preca, former President of Malta, signed and approved the Embryo Protection (Amendment) Act. The act allowed single women and same-sex couples to go for IVF (in vitro fertilization) domestically. The law ensured protection against discrimination based on sexual orientation for women in Malta.

Malta Citizenship by Investment Program for LGBT couples and partners

The Malta Citizenship by Investment program, which is more accurately referred to as the Maltese Citizenship Act Granting of Citizenship for Exceptional Services Regulations, permits foreign individuals to acquire residency by investment in the country. Since Malta has legalized same-sex marriage and civil unions, same-sex partners can apply for this new scheme of the Malta Citizenship by Investment Program through a joint application. Please note that individuals have to submit a marriage or a civil union certificate to substantiate their application.

In the case of unmarried couples, partners need to produce evidence that testifies their relationship with each other.

A melting pot of cultures, traditions, architecture and contemporary lifestyles, Malta is LGBTQI+ travel friendly. The exotic Mediterranean island is blessed with a stunning coastline, sunny beaches, charming villages and more. In addition to the natural wonders, Malta also boasts seven UNESCO World Heritage Sites. The island country offers a host of adventurous experiences as well as amazing nightlife to its LGBTQI+ travelers and residents, promoting Malta for LGBT tourism. 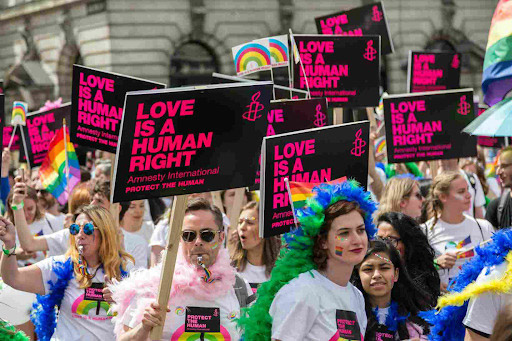 Why is Malta an ideal country for LGBT community? 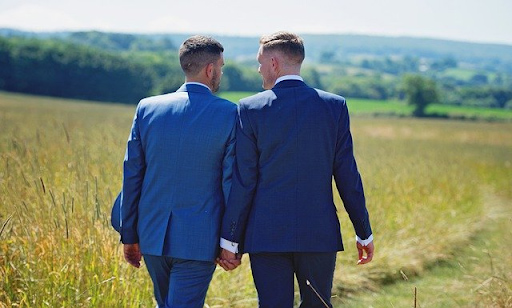 The southern European country has been on the top of the Europe Rainbow Index for six consecutive years owing to its liberal LGBTQI+ rights, policies and interventions – paving the way for a conducive environment for LGBTQI+ expats to reside, invest and work.

Here are some important milestones that the country has achieved with regard to protecting the rights of the LGBT community:

It comes as no surprise that almost all Malta neighborhoods are LGBTQI+ friendly, so if you are planning to invest and reside in the country, here are some recommendations for you.

Valletta, the capital city of Malta, offers countless exciting opportunities for LGBTQI+ individuals and couples. Right from Monaliza Lounge – an LGBT bar in Malta – to exclusive LGBT clubs and restaurants, this place is the perfect area for LGBTQI+ expats to invest and buy real estate. In addition to this, the city also hosts the annual Gay Pride Festival.

Only 15 kilometers away from the city of Valletta, Rabat is also an extremely lively neighborhood appropriate for the LGBTQI+ community. With real estate investment options ranging from plush apartments to extravagant villas, this area also offers a bouquet of choices to expat property investors.

In terms of pricing points, properties are on the economical side when compared to Valletta. A fully-furnished apartment in Rabat comprising two bedrooms and two bathrooms will cost you somewhere around €200,000 to €400,000. But if you are considering buying a penthouse, the price of the property can go well over €400,000.

Known for great karaoke and phenomenal drag shows, the Birdcage Lounge is a gay bar that you absolutely can’t miss if you are in Rabat.

Read our article – The complete guide to buy property in Malta to discover the best deals.

Under the Malta Permanent Residence Program (MPRP), non- European Union nationals today can acquire residency in Malta by investment, giving investors, families and other individuals a high quality of life. The program offers residency through property acquisition and lease, government donations and contributions.

Quick Glimpse of the Malta Residency by Investment Program

To know in detail how you can acquire residency in Malta, give our blog on Malta Residency by Investment – The Ultimate Guide by Experts 2022 a read. 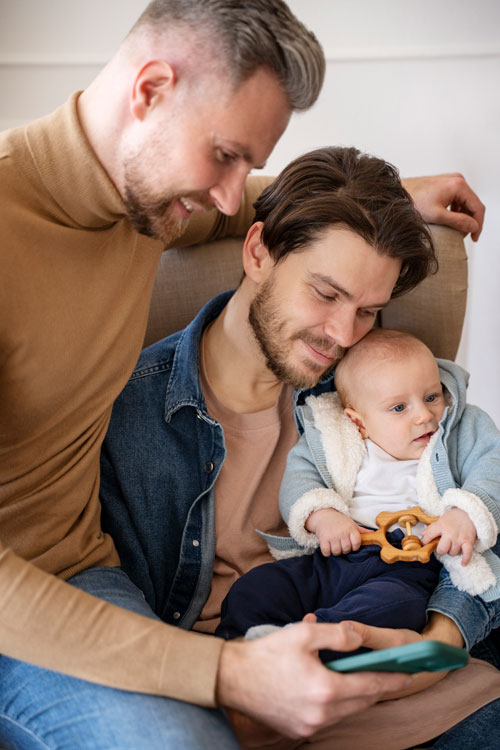 You may learn more by reading our Malta Citizenship by Investment guide.

Wondering which will be more feasible for you? Residency or Citizenship? Check out our blog – Residence vs. Citizenship: What’s the Best Option? and choose the option that suits you the best.

Which is the safest country for LGBTQ?

Malta is one of the safest countries for the LGBTQI+ community due to its progressive laws and policies.

Yes, Malta is LGBTQI+ friendly. It ranks as the No. 1 country on the Rainbow Index according to ILGA-Europe.

Can LGBT couples apply for the Malta Citizenship by Investment Program?

Since Malta has recognized and allowed same-sex marriage and civil unions, the Malta citizenship by investment program, which is more accurately referred to as the Maltese Citizenship Act Granting of Citizenship for Exceptional Services Regulations, is open to heterosexual couples as well as same-sex couples.

Gay marriage is legalized in Malta since the year 2017 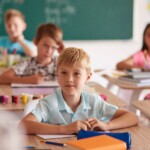 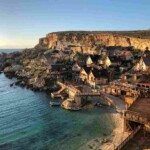