The Maltese economy remains one of Europe’s fastest growing. After amazing economic growth in 2014 and 2015 of around 7.9% annually, growth slowed to 5% in 2016.

House price rises were experienced by all property types:

Maltese property has been on the upswing for the past three years.  These latest price rises were attributed by the central bank above all to the Individual Investor Programme (IIP) and to the stamp duty exemption for first-time buyers.

The first cause of house price rises, the Individual Investor Programme, was introduced in the government’s November 2013 budget and targets high net-worth individuals.

Other factors supporting housing demand were:

Malta’s 2017 budget also has provisions favourable to potential property buyers in 2017, including an extension of another year (up to December 31, 2017) of the first-time buyer stamp duty exemption, and the reduction of stamp duty on residential properties in Gozo from 5% to around 2% (applicable till the end of 2018, as long as the promise of sale agreement is registered with the Inland Revenue Department by the end of 2017).

The new budget also provides a subsidy of up to €100,000 (US$ 106,300) on expenses incurred on property restoration, to first time buyers of immovable property located within an Urban Conservation Area, or of certain scheduled properties. To simplify the tax collection process, the budget also imposed a final tax rate of 7% on the value of all inherited property transfers by means of a judicial sale by auction.

“Locally, people are worried that the property bubble might burst, but I don’t believe it will. Bubbles burst when an economy relies on one source of income, but our location, lifestyle, the economy and language have provided us with diverse options,” said RE/MAX Malta’s managing director Kevin Buttigieg. Malta’s real estate market is “very buoyant”, he adds. “We’re witnessing all sorts of purchases: first-time buyers, commercial investments, people securing property for their children, direct foreign investment and those buying as a result of the IIP Citizenship Scheme. Plus, the fact that people can get between a five-and-ten per cent return on rental properties means we’re also seeing heavy investment in buy-to-lets.”

From 2000 to 2007, the Maltese property market enjoyed strong growth, with the overall house price index rising by 78.9% (53.4% inflation-adjusted). Over the same period:

Malta’s housing boom peaked in the second quarter of Q2 2004 with an amazing 36.73% year-on-year house price rise. The boom was set off by low interest rates, which had an extraordinarily strong effect, boosting residential mortgage debt from only 19.6% of GDP in 2002 to 34.6% of GDP in 2006.

A supporting factor was the Investment Registration Scheme, a tax amnesty for Maltese residents with overseas assets, effective from 2001 to 2005. The house price rises continued at a gentle pace from 2005 to 2007.

Then like other European countries, Malta was hit by the global financial crisis of 2008. Malta is dependent on foreign trade and tourism, and Malta’s economy experienced a 2.13% contraction in 2009.

After a short-lived recovery in 2011, Maltese property prices fell again by 2.2% (-5.2% inflation-adjusted) in 2012. House prices then recovered strongly in 2013, due to government’s launch of new property-related measures. Strong price rises continued from 2014 to 2016.

There are many restrictions on Maltese property ownership. Foreign nationals and EU citizens can usually only buy one property in Malta, and usually only for owner-occupancy, though they can buy more properties in ‘specially designated areas’ such as Tigne Point, Portomaso, Cottoenra, Manoel Island, and Chambray.

Maltese property owned by foreigners can be rented out only if the property is valued over €233,000, has a swimming pool, and is registered with the Hotel and Catering Establishments Board. Foreign-owned properties can only be rented out for short-term lease agreements. For a condensed list of the crucial factors surrounding citizenship-by-investment through Maltese property, contact us now to see how we can support you on your investment process. 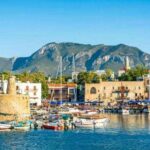