Domicile vs Residence – Everything you need to know

Home » Ultimate Guides » Domicile vs Residence – Everything you need to know

People tend to treat the terms domicile and residence as the same. However, there are certain legal and subtle differences between the two. And it is important to know the nuances to have a clear understanding of the tax liabilities and other responsibilities. In this article, we will walk you through everything about domicile vs residence.

Keep reading as we delve into how to make the right choices when it comes to paying income tax. 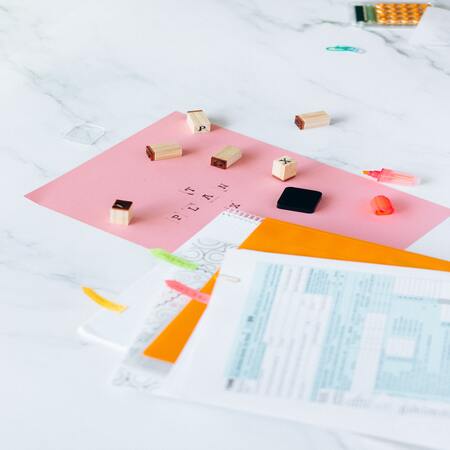 As the terms are similar in  usage and meaning, it is quintessentially important to dig deeper into what each means when one needs to know the concept and legal definitions of domicile and residency.

Domicile means your permanent home for an indefinite period of time where you may choose to reside or move away from. Even when you move from your domicile of origin, your principal home remains the same.

Whereas an individual can have multiple residences depending on where they are residing at present.

To understand the substantial connection and difference between the two, let us cite an example that is easier to understand.

If you are a student studying in a college, you may have to live in the college dorm for a few years. The college dorm is one of your residences. The home you are leaving for a while to study in college and where you have grown up is your domicile home.

Domicile is the place or country where you have a lawful and official permanent home. It is your primary residence where you may choose to reside after some time.

Domicile status means that an individual has a domicile in their domicile country where they have a permanent or primary home. Nobody can have more than one domicile home. This status also makes you a part of specific laws undertaken by your country’s government authority.

The requirements to establish domicile residence vary from one’s domicile country to another. However, the key factor required to establish a domicile home depends on the number of days you spend in the domicile state’s/country’s permanent home. For example, you can establish your primary residence if you stay for 183 days according to some legal terms in some regions. 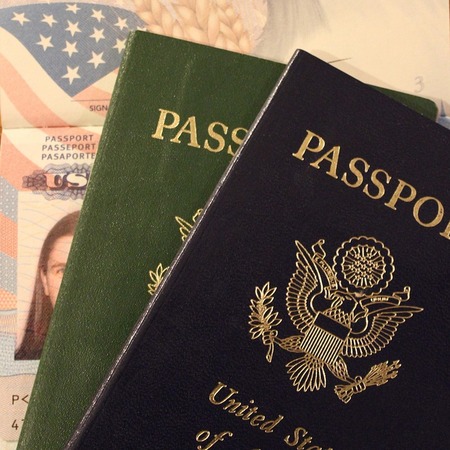 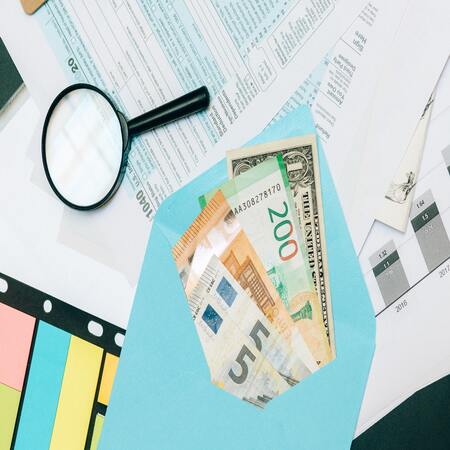 A residence is legally termed as a temporary home where you reside for a certain period of time. It is said that you can have more than one residence but have only one domicile home. The key differentiator between a domicile and residence is a person’s intent of returning to the home they call their primary residence.

The requirement to be a lawful resident in a country or state is to live for 183 days per tax year or visit the place frequently with the intention of staying. This can deem you as a resident for tax purposes. Once you have a legal residence, you have the right to live, study, work, make investments or establish a business in the country.

Examples of domicile vs residence

To understand the key distinction between domicile and residence, let us cite some examples for you.

Hence in this scenario, the United States of America is his domicile, while the place he stays in the United Kingdom is his residence.

Another example is Dean and Alice. They live in France and own their own residence in the United States. With the intent to change their domicile to the United States of America, they take up certain steps. They open bank accounts at a local bank, get hold of their US driver’s license and register to vote in the US.

Thus, the actions undertaken by Dean and Alice make the United States of America their domicile origin as well as their residence.

The last example is of Jules. Jules has been staying in the US since his childhood. She moved to Brazil for a six-month job assignment. However, Jules votes on the US ballot by absentee ballot and has her bank accounts in the US Bank. She intends to return to the US after she has completed her assignment.

In this case, Jule’s domicile state is the US, and her residence is in Brazil.

The challenge of establishing domicile

It is important and sometimes difficult to decide on a domicile. Being clear about your intent is vital when it comes to choosing your principal home. A domicile is your permanent home where you intend to return to and live.

If you have only one home, then determining a domicile can be easy for you. In this case, your domicile and residence is the place/home where you live.

If you have two homes in two different countries, then you need to understand which one is your domicile. The two places where you stay can be of various structures such as flats, homes, or other types of residences. No matter where you stay for a longer period of time, the country/home you intend to return and reside in is your domicile or primary home.

When you are trying to prove your intent, the length of time you spend in a home does not determine your domicile and residency.

The key factor in determining your domicile is your intent. Many individuals choose to state their domicile depending on various factors that they seem to benefit from. These factors can be in terms of tax or state income tax.

Hence, the true intent of an individual is figured out by other authorities. These authorities can include judges and revenue agents.

If you have changed your determining domicile and want to state a new domicile as your primary home, it is better to work in a legal way and dispose of any connections you had with your former domicile.

Domicile in relation to the tax status

It is important to determine and state your Domicile for tax purposes. There are three main types of tax liabilities involved. They are Income Tax(by investment or employment), Capital Gains Tax, and Inheritance Tax. 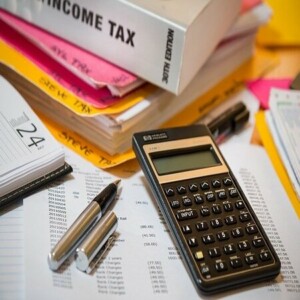 Income Tax by investment or employment

Determination of domicile also denotes the legal definitions the taxing authorities and state income taxes entail on your property or financial assets. It is essential to determine your domicile so that your estate and other financial assets can be passed after you pass away lawfully. This also includes your stated domicile and your beneficiaries, estate taxes, and more.

The factors that your domicile state determines

As mentioned above, your domicile state and its government taxing authorities can tax you on your worldwide income. The domicile country, being a legal construct, can impose various taxes on you and your assets. Some of the legal constructs are to pay taxes and undertake all tax liability proposed by the state government. You are expected to act in accordance with the tax laws which can be imposed on your income.

Along with your domicile country, you also establish your tax home and primary location and pay state taxes according to the law.

The Death Taxes are imposed by your domicile country or state income tax. If you have failed to cut ties with any previous domicile property, imposition to pay taxes heavily on both the properties can also follow.

Individuals may choose to change their domicile due to various reasons. If you wish to establish a new domicile, it is important that you undertake the following steps to get your new domicile lawfully registered.

When can you change your domicile?

People may choose to change their domicile under two basic conditions. However, you can change your domicile after you have turned 18 and meet the criteria required for it.

The two basic conditions required to change domicile are:

What is the legal definition of Domicile?

The legal definition of Domicile is the primary home address that you assert in legal documents for tax purposes, voting, bank, registering an automobile or pet, and receiving social security.

What is the difference between Domicile and Residency in the UK?

When it comes to domicile vs residence in the UK, you need to understand the key difference to know your tax liabilities and tax returns.

If your domicile is in some other country other than the UK, your entire income earned in the UK is taxable as a statutory resident.

Domicile is a permanent concept referring to your primary home and domicile of origin. Being a legal term, domicile means plays a significant role when it comes to legal purposes. If your domicile is in the UK, you pay taxes stated under the state laws.

You can have more than one residence but have only one domicile home.

Do you consider your present abode your residence or domicile, or both?

A statutory residence is a place where you live for a short-term of time. Whereas, domicile is the home where you stay for a longer period of time and have the intent of staying for an indefinite time. Your domicile of origin is based on your legal documents and authorized registration under state law.

What can be referred to as a Domicile example?

Suppose Derek has lived in Germany since childhood and has intentions of staying there for an indefinite time. Derek moves to France for a three-month training session. When Derek is in France, the place where he stays is his statutory residence, whereas his domicile origin and home remain in Germany.

What does the place of domicile mean?

The place of domicile means the particular state where your permanent home is registered. For example, a child is assigned to the same domicile as their parents. Your place of domicile depends upon the legal address that you assign for all legal documents.

Follow a certain set of rules and actions which are essential to change domicile.

Can I live in one country and claim residency in another?

Can a person have two domiciles?

No. A person can only have one domicile.

Primary residency is determined by the time period you stay somewhere, as well as your intention of staying somewhere for an indefinite time.

There are three types of domicile:

How to acquire a Domicile Certificate?

What is deemed domicile?

Deemed domicile is a term used for British expats who stay abroad. The concept of deemed domicile plays an important role in calculating inheritance tax on your property and also asset protection.

Under the general law HMRC, even if you are not a UK domicile, you can be considered to be one under certain circumstances at the time of a transfer:

How to determine domicile status?

The status can be determined by birth, where your domicile is assigned based on your parent’s primary home. Your country of domicile is determined by the legal address that you have referred to on your legal documents.

Difference between legal address and domicile.

Legal addresses are referred for official purposes through which one pays taxes, utility bills, and more. This is used to assign a legal residence to a person or business entity. In contrast, domicile is the legal residing place of an individual registered under the jurisdiction that offers them various government benefits of social security, and retirement planning while they pay state taxes. 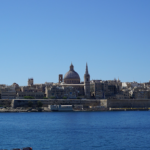 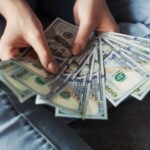