Best cities to live in Cyprus

Best Cities to Live in Cyprus

Cyprus, known as the Jewel of the Mediterranean, is fast becoming a favorite destination for people looking to emigrate. With its breathtaking coastal atmosphere, exotic cuisine, spectacular architecture, and phenomenal rich history, it is not too hard to be enticed by the notion of calling this paradise home.

Where is Cyprus located?

Located between Greece and Turkey, Cyprus has long been a chosen haven for expats and retirees.

After becoming an official European Union nation in 2004, Cyprus has vastly improved its infrastructure and economic prosperity, which has been a major factor in the influx of migrant families.

Deciding where to settle in Cyprus can be a challenge because each corner of this beautiful island offers something enticing and different.

If you’re interested to live in Cyprus, then perhaps consider Cyprus citizenship by investment scheme,  since this enables you to gain citizenship quickly in exchange for a qualifying investment in the nation.

How is Cyprus divided?

Cyprus is divided into six district cities which are:


Paphos is ranked as the best city to live in Cyprus for seven years in a row. It is a favorite destination among British immigrants and is home to a large expat community.

In 2007 it won the title of City of Culture in Europe.

After approximately €30 million was invested in the refurbishment of the city, Paphos is now modernized, with beautiful timeless architecture and contemporary infrastructure.

Other reasons why Paphos takes the crown as one of the best cities to live in Cyprus include:

The location is absolutely amazing

It is located right next to the coast of the Mediterranean which means endless spectacular views, robust summers, absolute peace, and quiet,

Real estate prices are affordable. For the price of a flat in central London, you can easily buy a five-bedroom mansion with a pool overlooking the sea.

Rentals are also on the low side with an average monthly cost of rent being €450-€600.

Expats enjoy the privilege of paying little to no tax.

While Cyprus is considered safe in general, Paphos is exceptionally safe, with lower crime rates than the capital, Nicosia.

The locals are generally welcoming of expats and it’s considered a family-friendly city.

Limassol is the business capital of Cyprus and is considered the second-best town to live in.

So, if you’re thinking of starting a business or investing in a business, or simply getting a solid paying job, then Limassol is the city for you.

It is a city jampacked with action, adventure, and discovery, with the largest number of small villages, so if you want to really immerse yourself in Cypriot culture, then this city was made for you.

Some other reasons why this city ranks high on an expat’s list include:

Limassol is often regarded as the entertainment capital of Cyprus. There is always something to do and there is no chance of you getting bored. Moreover, the city is home to most of the historical and architectural designs.

The city boasts an excellent healthcare system with a wide range of schooling options for families.

Even though expenses are slightly higher than Paphos, it is still relatively low compared to other cities in Europe.

Plus, Limassol has a reliable public transportation system.

For more information, check out our guide to the cost of living in Cyprus.

One of the main attractions of this city is that it is overpopulated with tourism yet still attracts a lot of visitors and is therefore considered a lively city.

It has a mixture of city and village life,  with a fusion of culture and history.

It does not have as many beaches and unique structures as the other cities and locals are not considered very welcoming, especially toward tourists. But it’s still a great city to settle in and here are some of the reasons why:

Out of all the cities in Cyprus, Nicosia has the best transport and connection system. Since it is strategically located at the midpoint of Africa, Europe, and Asia, travelers enjoy easy connections to international airports and shipping ports.

Hundreds of direct flights operate daily across three continents which makes this an attractive option for settlers, especially if you’re looking to buy a property and turn it into a holiday rental place.

The easiest place to relocate in Cyprus

If you are an EU citizen then you can expect a smoother transition since you are eligible to live, study, work, and run a business there without any hassles. If you are a non-EU citizen, you face a slighter tougher transition but not as frustrating as most of the major EU countries.

Out of all the cities in Cyprus, Nicosia offers the lowest competitive tax rate of just about 12% for expats. It’s a great deal compared to the other EU nations that usually have twice that rate.


If you have ever sampled a great bottle of wine from Cyprus, chances are that wine came from Larnaca, as it is the wine capital of Cyprus and ranks as the fourth-best city to live in Cyprus.

It also takes the crown for the best food in Cyprus.

So, if you really want to enjoy the delights of exotic Mediterranean Cypriot cuisine, head over to Larnaca. Other reasons you may want to choose Larnaca as your home include:

Since the introduction of the retirement visa back in 2007, Larnaca has become the place to reside when you retire. This scheme was specially designed for wealthy non-EU citizens (EU citizens do not generally need visas of any kind).

The city caters mainly to retirees who enjoy a lot of great benefits such as state of the art healthcare, very low-income tax, and pensions that are not subjected to withholding tax.

One of the greatest perks of this city is the duty-free importation of all your items including your car and pets.

Compared to the other three cities mentioned above, Larnaca is very cheap and the expenses are manageable.

The average monthly rent for a house is only €300.

Famagusta is another good city to live in Cyprus.

Considered the marine capital of Cyprus, Famagusta ranks as the fifth-best place to live purely because it is such a busy city.

It accounts for a very high number of tourists because the city is surrounded by historical wall structures and has maintained the structure of its past.

It is also the industrial production hub for Cyprus with its largest fishing port as well as mainland shipping dock. It may not be a favorite destination for would-be immigrants, but it still has some perks including:

Serving as the economic hub of Cyprus

Famagusta has lost the allure of comfortable living, but it still serves as a great investment for businesses.

After all, it is the economic hub of Cyprus so if you intend to build your wealth then Famagusta is the place to go and accomplish this.

Home to the best university in Cyprus

The Eastern Mediterranean University has been ranked as the best university in Cyprus and qualifications obtained here are recognized worldwide.

The university is also responsible for bringing down unemployment rates and increasing the economy rate for Cyprus.

Famagusta is home to the three best hospitals in Cyprus which are also ranked very high compared to other hospitals around the world.

Kyrenia appears last in the list of best cities to live in Cyprus.

It’s the least favorite city to settle in, at least in the eyes of the expat community.

Even though it is part of EU Cyprus, it still has a heavy Turkish influence making it slightly difficult for immigrants to adjust from a cultural perspective.

The city has multiple attractions

It is home to the largest seaport in Cyprus and just like Famagusta, it is a historical city with lots of castles, museums, and walls that surround the city.

It is also a tourist magnet and has a very active social life.

The economic structure in Kyrenia is not as robust as the other cities mentioned above, but it still contributes greatly to the overall economy of Cyprus.

It’s an excellent place to visit for the holidays but it does not have a lot of perks for settling in. The city is designed mainly for young millennials and travelers and is not well suited for retirement or families looking to settle down permanently.

Choosing the right city to live in will always depend on your lifestyle preferences and budget. Picking an appropriate city in Cyprus takes careful thought and planning, and it’s best to not rush into such a decision.

One of the best things about relocating to Cyprus is that there is a huge international community of expats there, including many Americans already living in Cyprus. If you are American, this will help you get settled quickly. For Americans wishing to live in Cyprus, you have the option of applying for the Cyprus Residency by Investment Scheme. For a property investment of €350K, you and your immediate family can get residency permits in under two months, which allows you to travel freely around the European Union, as well as legally reside in Cyprus.

Frequently Asked Questions about the best cities to live in Cyprus

What are the best cities in Cyprus?

Paphos, Limassol, Nicosia, Larnaca, Famagusta, and Kyrenia are some of the most popular cities in Cyprus.

Why do people move to Cyprus?

Living costs in Cyprus are relatively low in comparison to the rest of Europe.

Is Cyprus a good place to retire?

Affordable living costs and good weather are just some of the reasons that make Cyprus a good place to retire. It is also a very safe country where English is widely spoken.

Prev Insight What is the new Portugal-US “AMIGOS” treaty and how could it benefit Portuguese citizens?
Next Insight Permanent residence UK 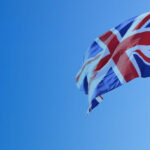