As part of the state budget discussions, which are undergoing final votes this week, Bloco de Esquerda and the Communist Party (PCP) both separately proposed that the Portugal Golden Visa scheme be scrapped immediately. The proposal made by the Communist Party was voted upon on 22 November and was rejected. The proposal by the Bloco de Esquerda to completely eliminate the Golden Visa was voted on and was also rejected. There are currently no proposals from any party pending a vote on this matter.

Notably, the PS, currently in government, with a large majority, the PSD (the second largest party), and Chega all voted against the elimination of the Golden Visa. In addition, the PS defended that it is time to evaluate the last update to the Golden Visa program. All remaining parties voted to eliminate the Golden Visa.

Fundamentally, the most recent legal changes to the Golden Visa materialized important developments for the country, such as investment in urban regeneration, the promotion of productive investment, cultural heritage, activities of high environmental or social value, and the creation of employment opportunities. Therefore, making it necessary to assess the effects following the introduction of this change, and whether these changes have been effective in achieving the desired balance.

However, it is clear from current considerations in Parliament that this subject is being analyzed and considered thoroughly and not merely eliminated from the Portuguese legal system with any immediate effect. What is important to note is that, ultimately, the law regarding the Portugal Golden Visa remains unchanged. 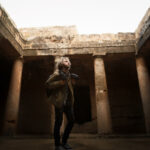 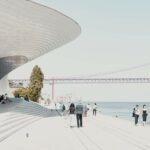