It’s that time of the year again when we put together a report on the Spanish property market, focusing particularly on the Costa del Sol.

This quarter the headline figure is that nationwide housing sales fell by 2.7% in the last quarter of 2016, compared to the third quarter.

But it’s not all bad news, sales were still 7.4% higher than during the same period last year.

In fact, 90,327 residential properties, including both resales and new-build homes, were sold, the highest quarterly sales figure for October to December since 2012.

Here at Terra Meridiana, we track and compare data from a variety of official sources – notaries, registrars, national statistics institute, and the ministry of public works – to give buyers and sellers a snapshot of trends in the marketplace and our perspective on it.

We had expected a decline in sales in Q4 2016, as the market – particularly in many coastal areas traditionally popular with Brits – feels the effects of Brexit.

Combined with the continued low exchange rate between the pound and the euro, the share of British buyers appears to have fallen off sharply, although the gradual recovery of demand from Spaniards and other overseas purchasers is making up the shortfall to a large degree.

After a somewhat lacklustre third quarter, there was a return to growth in three of the four local markets we serve on the Costa del Sol: Marbella, the largest market we deal with, recorded a rise of 3.5% for the quarter, although sales were down by 7.7% year-on-year.

Estepona witnessed a rise of 6% over the quarter, although, compared to the same three months of last year, nearly 4% fewer sales went through.

The much more modestly sized, but generally more expensive, market in Benahavís did see a drop-off of 20% compared to Q3 and almost 17% in comparison with Q4 2015, but this is typical at the end of the year as overseas buyers tend to wait until spring before searching for property in the area.

However, San Roque, where the exclusive enclave of Sotogrande is located, saw total sales climb a huge 26.7% for the quarter, albeit down 4.6% compared to the final quarter last year.

Meanwhile, property prices for the country as a whole grew faster than in Q3 2016 and continued to climb at a higher rate for the quarter than in Q4 2015.

Despite some concerns among commentators, the increase in property prices nationwide continues to follow a positive trend but is far from overheating, although larger increases in places like Madrid and Barcelona indicate consistently strong demand in urban areas. 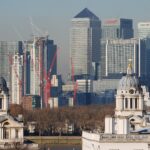