Investing in property is a mainstay of most Asian portfolios and the UK property market has typically been among the most desirable of destinations.

Recent research data suggests that despite the uncertainty created by Brexit and the upcoming general election, Asian investors are flocking to UK property market more than ever before.

London continues to be a strong attraction

Research from property investment firm JLL indicates that Asian investors accounted for 28% of the transactions in the UK property market in 2016, up from the 17% the year before.

London, in particular, continues to be a strong attraction, especially for Asian families who have long had a link to the city.

Pamela Kirpalani’s family is originally from India, but she now lives and works in Singapore and runs her own training consultancy, Singapore Inner High Living. Her family are long-time investors in the UK property market.

“London for us will always be a safe haven,” she told me.

“Our families are spread across India and Singapore and eventually we would like our kids to go to college [in the UK].”

Pamela’s family has recently bought their third place in the heart of the city.

“London is London,” she said. “Even with the panic of Brexit, and things go up and down in the economy, property prices in the centre of London just always bounce back. So you just can’t go wrong with that kind of investment.”

It’s investors like Pamela that led Manchester-based Select Property to set up an office in Singapore in 2015.

Elliot Vure is the Asia sales manager for the firm. He showed me a model of the latest development – Affinity Living – that the company is building in Manchester, and selling in Asia. On average one of the flats in the building costs about £275,000.

“We’ve probably seen 30% to 40% of the development being sold to Asian investors,” he told me as we toured the firm’s offices in Singapore.

Mr Vure added that there’s a unique aspect to the way Asians buy their property in comparison to other buyers.

“The vast majority of almost all of the investors in this region are cash purchasers. There’s no real desire to get a mortgage,” he said.

“People in the UK look for financing and a mortgage, but in Asia, it seems to be the opposite.”

A lot of that wealth is coming from China, which has been one of the biggest buyers of UK property in the last year, buoyed by the weaker pound in the wake of the uncertainty caused by Brexit.

According to Juwai.com, which calls itself China’s leading international property portal, growth in the enquiries into UK property in the last 12 months has jumped 60%, and Chinese buyers are increasingly interested in the UK.

“A lot of our buyers are the average Chinese mom and pop looking to invest overseas,” Sue Jong, the chief operating officer of Juwai.com told me.

“The large portion is the middle to upper middle class, that’s interested in a good stable investment and may be thinking about emigrating or sending their kids to school there.”

The demand for property amongst Asian investors has convinced many that this is a market worth expanding in.

But it’s not just physical properties that Asians may be interested in buying.

Prop-X is a property exchange launching later this year, offering Asian investors a shot at owning a share of a property, without so many of the risks.

“What seems to be a fundamental part of the culture is that Asian investors have had a preference for investing in bricks and mortar,” chief executive Rohin Modasia told me.

“It’s a long-standing trend. Post the global financial crisis, the UK has performed pretty well. And Asian investors now are more willing to say I’ve seen it happen, I’ve seen my friends do it, and I’m keen to get in on the action.”

By some estimates, two-thirds of the global middle class by 2030 will be living in Asia. They’ve been the driving force behind investor appetite in global real estate markets, including the UK’s.

As Asia’s middle classes get richer and more aspirational, that appetite is only likely to grow. 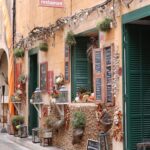 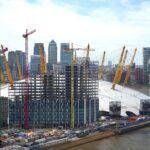