Everything about Portugal – 5 surprising facts

Where is Portugal located? What’s the weather like there? If you want to know everything about Portugal, stay with us while we guide you through this country.

Everything about Portugal – the essentials

The country is filled with a variety of activities that offers deep exploration into the various aspects of the Portuguese culture and lifestyle, a culture that is deeply rooted in age-long customs and historic beliefs that still exist today.

The country is officially known as the Portuguese Republic and it has a long history of diversity and a mix of civilization. The capital of Portugal is its ancient city of Lisbon.

The Portuguese enjoy 2 major climatic conditions namely the Mediterranean climate and oceanic climate. The weather is likely going to be sunny and pleasant during autumn and summer days, meanwhile, the weather is characterized by heavy winds and rainfall during spring and winter.

In Portugal, the average temperature ranges between 13-15 degrees Celsius. The temperature In the northwestern as well as the southwestern parts of the country could get as low as minus sixteen degree Celsius during winter while there are summers where the temperature could get as high as forty degrees.

The country’s mainland is characterized by several rivers that flow downwards. As a result of these downward slopes, there are several nature reserves.

Hot and sunny weather in summer 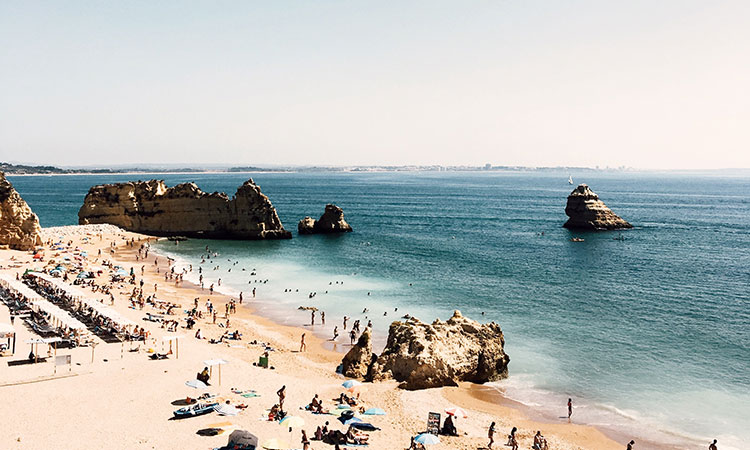 You can enjoy beautiful hot sunny days during the summer, this is the time when the coastal areas of the controlled at cooled by the Portuguese trade winds, or the ‘Nortada’ as they are locally commonly referred to.

If we decide to loom away from the seas, Portugal’s interiors often experience stifling summer temperatures. On the other hand, winter in these same areas is commonly characterized by mild and pleasant winter seasons without the harsh summer sun that many may find oppressive.

It might also be interesting to see why The Silver Coast in Portugal is one of the most desired places in Europe for expats to live.

5 facts about Portugal that you didn’t know

As stunning as these facts may seem, there are several details of Portugal that remain largely unknown. Below are five random, but surprising facts about Portugal:

King of Portugal… and Brazil

There was a period when the King of Brazil was also the king of Portugal and Rio de Janeiro was Portugal’s capacity. This period lasted for 13 years (from 1808 – 1821.)

Oldest bookstore in the world 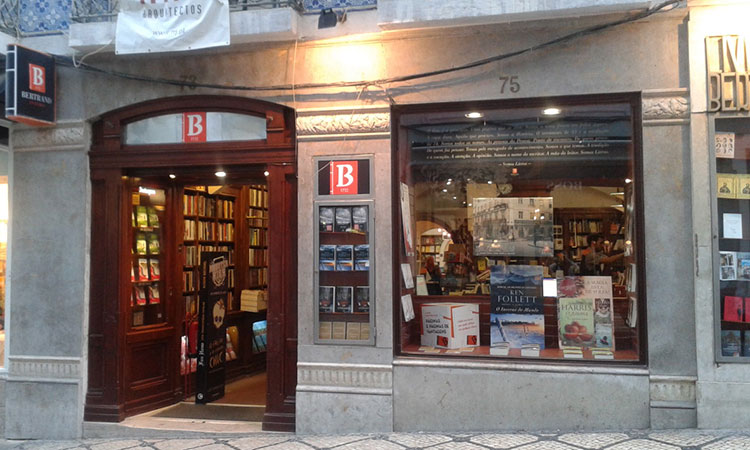 Portugal’s capital city (Lisbon) is home to the oldest bookstore in the world. The Bertrand Bookshop was created in 1732 and relocated to its current located in 1773 after the 1755 earthquake.

The country is a global leader in renewable energy with over 70% of its energy coming from renewable sources such as wind, Water, and the Sun.

The country is home to the largest artificial underwater park in the world.

A large number of Portuguese believe in the concept of destiny or fate which cannot be escaped. This is as a result of the nation’s Christian foundation. 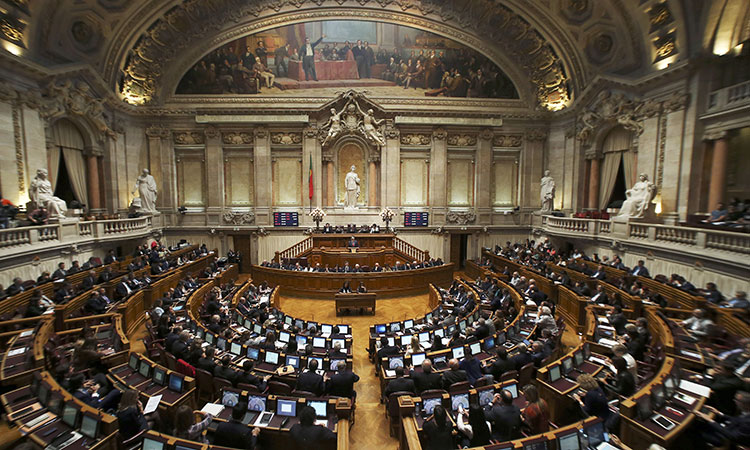 Portugal is headed by a chief of state or president who is directly elected for a five-year term (with a maximum of 2 consecutive terms). The president is charged with the duties of the chief commander of the country’s armed forces as well as the appointment of a prime minister.

The country’s highest policy-making body comprises the council of ministers and other members of the cabinet which consists of the prime minister, the ministers of government departments and some secretaries of state.

In Portugal, the prime minister directs, coordinates and implements government policies. The prime minister also doubles as the head of the civil service. The Parliament comprises a unicameral assembly which has 230 people in it and its debates and passes votes upon legislation.

Is it a good moment to invest in Portugal? And in what should to invest? See our experts advice on the matter.

According to many expats living there, life in Portugal is amazing.

From the great vineyards that produce some of the best quality of wines. Apart from the quality of wines, the country is also made up of a lot of artists that are versed in literature, music and other areas of art.

The southern and the western parts of Portugal are surrounded by the Atlantic Ocean and this has made it the home of surfers all over the world.

Also, the proximity to the Atlantic also means that there is a huge variety of seafood which is creatively included in Portuguese diets. 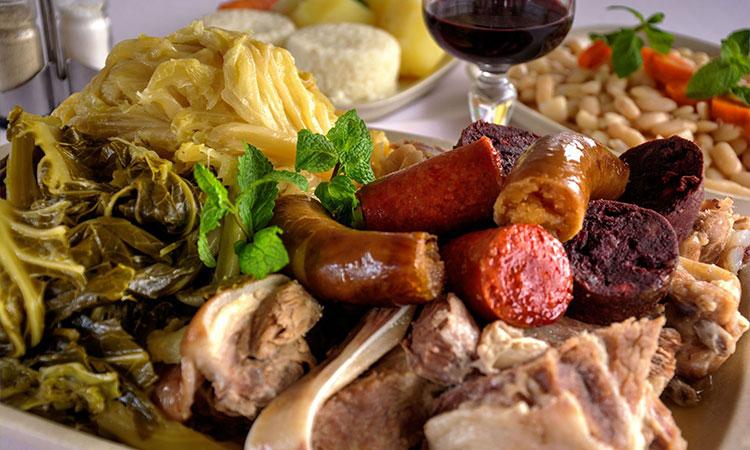 If you want to know everything about Portugal, then I hope you enjoy tasting great food.
Some of the country’s delicacies include:

While it’s very hard to explain each one of these plates, I can guarantee you that they’re worth trying. Google each one of them to see how it looks.

And by the way.

In each region you visit, you’ll be able to tell differences regarding food. Yes, the typical dishes, vary substancially between cities.

And if by chance you’ll stay in Lisbon, or Porto, know that there are many other delicious food you can taste in Portugal. In fact, many would argue it’s one of Portugal attractions.

Most important cities of Portugal

Portugal has a number of cities that serve as major centres for arts, politics, and education. The most important city in Portugal is Lisbon.

Other popular cities include:

Cost of living in Portugal

Amenities, such as the monthly bill for electricity, are comparable.

But, Groceries, renting a house, eating out, and so on, are cheaper.

For more details about the costs, see our article: the cost of living in Portugal. 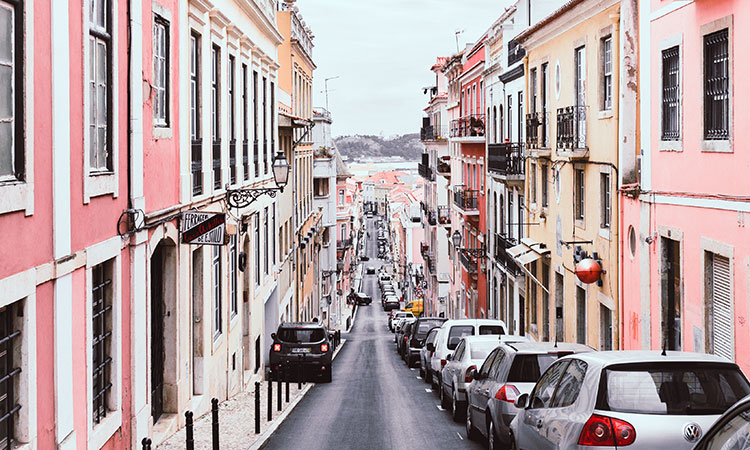 Rent and property prices are cheaper than the average in Europe, specially if you compare the country’s capital, Lisbon, with other major capitals.

Nonetheless, prices have been increasing since the end of 2016 and slowly the difference between those cities is decreasing.

Right now, for a spacious 1 bedroom apartment, you can expect to spend the following monthly amount:

The average price for property in Portugal, per square meter, is 1500€. Nonetheless, the country biggest cities have been seeing an overall increase in price, in each of its’ neighborhoods.

For instance, there is data (link in Portuguese) pointing that, the prices have increased, and in some Lisbon neighborhoods, it has reached 4000€ per square meter.

Some specialists say there is some concern about the fast rise in house prices. On the other side, many believe that the prices will continue to increase and that’s good a moment to invest.

The Portuguese escudo was the county’s official currency until the first of January 1999 when all European countries adopted the Euro has the continent’s currency.

Escudo was removed from circulation in 2002.

Is it worth visiting or living in Portugal?

The country offers a very peaceful and developed environment where you can visit as well as live. Although Christianity is a popular religion, there is no specific state religion in the country, hence, it identifies as a Secular country.

One of Portugal’s greatest resources are the Portuguese people, the average Portuguese citizen is friendly and welcoming.

Portuguese is the official language of Portugal and it is spoken in more than ten countries including Portugal. The language is spoken by more than 220 million people globally.

Portugal has been a world power for as long as history states the origins of the European continent. During the 15th and the 16th centuries, Portuguese explorers like Vasco Da Gama created a passageway through the sea to India.

One of the oldest European capitals

It is said that Lisbon is one of the oldest European capitals and it is often argued that Lisbon became a capital city 400 years before the Roman era.

During the Roman era or the period of Romanization, present-day Portugal was known as Lusitania. The roman later occupied Lusitania and made it popular through the commercialization of Mining and agriculture. The province was popularly known for the production of sweet wine around this period.

The fall of the Roman Empire signalled the start of the start of the middle ages and this was when a German tribe took over the Iberian Peninsula. This was the period when the church became a strong and powerful institution in the country. Till date, the traces of Christianity are still evident in the Portuguese way of life.

It became a powerful nation due to its naval power

The country grew in strength during the imperial era and Portugal evolved into a powerful nation due to its naval power.

During this period, the country made several discoveries and went on to establish colonies in states all over the world.

The most famous of Portugal’s former colonies till date is Brazil; the country also colonized African countries such as Mozambique and Angola.

During the period of the imperial era, they were in a keen contest with arch-rivals: Spain. Portugal developed into the first global power as it was one of the biggest empires at that time.

In 1578, the unfortunate events that followed the death of King Sebastian 1 (who died in a war in Africa) led to a 2-year crisis in the Portuguese empire.

This led to a major decline in the Portuguese empire that was once a force to be reckoned with when it came to global affairs. After 28 years of intense battle, Portugal emerged victorious in the restoration war and the subsequent sending off of the Spanish King who tried to take over Portugal.

If you enjoyed reading everything about Portugal, it might be interesting to see what we already wrote about living and investing in Portugal.