Cost of Living in Turkey

Turkey is a country in the Mediterranean area bordered to the west by Bulgaria and Greece, by Armenia, Azerbaijan, and Georgia to the northeast, and by Syria, Iraq, and Iran to the southeast. Foreigners, retirees, and digital nomads often travel here in hopes of enjoying the relatively cheap cost of living in Turkey, where they would get to live in a metropolitan city or on a sun-drenched beach for a much lesser cost than they would pay elsewhere.

It should come as no surprise that foreigners choose Turkey as their second homebase, and even apply for Turkish citizenship, given that Turkish passport holders can travel to 126 countries without need for a visa, as per Global Citizen Solutions Global Passport Index.

How Much Does It Cost to Live in Turkey?

For example, the average monthly cost for a student in the UK may be around £810 (nearly $980 per month), which is 51,02% higher than the average of $500 in Turkey. The cost of living in Turkey per month is also 63,4% cheaper than the average cost in the US. The most expensive areas to reside in Turkey, as in any other country, are major commercial, tourism, and economic centers – and even those would cost you a lot less to live in per month when compared to other major cities across the world.

Cost of Living in Turkey by City 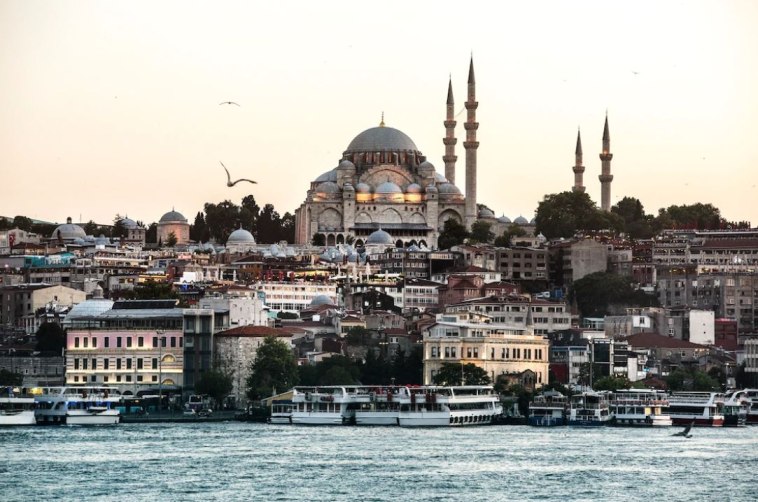 Understandably, rural towns are much less expensive than metropolitan areas, yet living in a major metropolis like Ankara remains a dream for many expats relocating to Turkey.

Many tourists who visit Antalya become so impressed by its natural beauty that they wish to live there permanently. That is why it’s important to keep in mind how great the expenses and prices are in this city when compared to others around the world.

Bursa fascinates everyone who visits it for more reasons than could be said. While it is one of the smaller cities in Turkey, its population has been growing exponentially over the years, and that may well do with the fact that the cost of living there is a lot less than it is in the UK or USA. Its proximity to Istanbul and much lower rents have made it a sought after city to live in.

Being the biggest metropolis in Europe, it has something to suit everyone’s preferences. Istanbul is highly well-liked because of its history, culture, and economic growth.

Travelers who visit Turkey will either want to spend their time in huge cities like Istanbul, or in smaller yet somehow more pleasant cities like Izmir. The climate in Izmir is mild and refreshing all year round, and the benefits of living in Izmir are numerous, so people frequently choose it as their future permanent location.

Grocery shopping in Turkey is a lot less expensive than anywhere else in nearby European countries. Budget-conscious individuals and couples may be presented with an opportunity for significant financial savings in this area.

Buying fruits, vegetables, and dairy products from small local markets instead of superstores is a lot more affordable in the long run. A decent variety of items costs about ₺300 ($16,70) each week on average for a person. Turkey also only charges an average of ₺120 ($6,68) to ₺150 ($8,35) per kilogram for lamb and beef. The most popular meat consumed in Turkey is chicken, however, which costs about ₺70 ($3,90) per kilogram.

Transportation is a significant expense if you plan on living in Istanbul. Using the public transportation system will cost you about ₺602 ($33) every month. On the other hand, gas hovers at around ₺22 ($1,22) per liter, and vehicle owners tend to set aside around ₺15,000 ($834) annually for health insurance, maintenance, and Ministry of Transport annual test of vehicle safety (MOTs).

Expats who receive a salary from their home country get to enjoy a luxurious decent life in Turkey, since the average wage in Turkey would not really allow for much of that “lavish living”. Rent in Turkey is one of the most significant expenses, and will cost a fair amount of money. You may expect to pay anywhere between ₺4,000 ($222) to ₺6,000 ($334) per month for a modest two-bedroom apartment on the Aegean and Mediterranean coastlines.

A modest studio apartment on the outskirts of Istanbul, the heart of Turkey, may cost as much as ₺3,500 ($195), with costs inevitably climbing for residences closer to the center. Renting a home in Taksim or other notable neighborhoods might cost up to ₺100,000 ($5566) per month.

Monthly utility costs are an area in which Turkey compensates for high rental costs, as household expenses are extremely low across the country. Electricity, internet, sewerage, gas, water, telephone, and satellite packages are all included in monthly utility costs. Apartment aidat – a charge for community maintenance basic services – is required of residents living in apartment complexes with six or more units. Be sure to budget between ₺400 ($22) and ₺1,500 ($83,50) every month for utilities to ensure that your household functions properly.

Entertainment is reasonably priced in Turkey, particularly movie tickets, which for the newest releases are around ₺45 ($2,50). With foreign purchasing power, you’ll be able to afford tennis courts and fitness centers as well.

Although prices are not as high as they are in some other European countries, branded clothing is pricey by standard of living in Turkey. When you come to Turkey and live on an average Turkish salary, you may not be able to afford that luxury if you are used to wearing cozy, high-quality, and stylish clothing.

Here is the short overview of the most significant expenses in Turkey, with average price for each:

What Are the Average Person’s Expenses in Turkey?

Your lifestyle and the area in which you live will determine how much money you spend every day. The big cities are usually the most costly, where you should expect to pay more for everything – from rent, food, transportation, to everyday expenses. This is especially noticeable when living alone. However, the living cost in Turkey for family without rent lets them live comfortably and save more than 15% than the average individual.

Talking about foreigners coming to the country, prices may vary individually, depending on the country from which a foreigner came. For instance, the cost of living in Turkey for international students or regular individuals is much lower if they are originally from the EU, UK, or US. The average cost of living in Turkey in USD for foreigners may be around $500 or $1,500 per month, depending on their lifestyle and spending habits.

Here’s a closer look at the breakdown of the estimated average cost of living in Turkey, and how much of your income each of the categories would possibly take. The numbers are based on approximate earnings of ₺28,000 ($1500):

The average monthly salary in Turkey in 2022 is around ₺10,000, or about $675. A Turkish employee’s net income after taxes is around ₺7,825 or $525. These estimates are pertinent for major cities like Istanbul and Ankara.

The minimum salary in Turkey in 2022 pre-taxation is around ₺5,004 per month, or about $280, according to data from the Turkish Ministry of Labor and Social Security. An employee is left with around ₺4,253.40 ($236) after taxes are deducted. The taxation rate applies to both single employees and those whose spouses have a job as well.

In 2022, Turkish mortgage rates are estimated at 2.5% monthly, which is rather high if you amount it to 34.9% annually. This is a result of recent economic instability and fluctuation with the Turkish Lira. Some Turkish banks provide discounted mortgage options with rates as low as 1.2% per month or 15.85% annually. Rates do, however, change frequently along with the national currency rate.

Keep in mind that on the chance you are buying property in Turkey, you will have to pay some additional taxes to the country. It works this way: when buying property, you are required to pay Turkey property taxes after receiving a title deed, or “TAPU”. This usually comes at a rate of 4% of the purchase price. In most circumstances, it is split in half so that the buyer and seller each pay 2%. 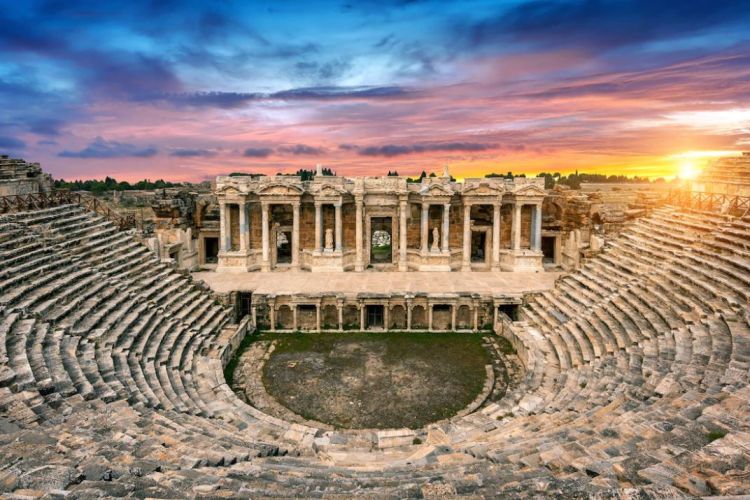 Is It Safe To Travel to Turkey?

Turkey is generally a stable country to travel to and live in. Many foreigners have little to no trouble relocating there, except for perhaps experiencing a language barrier, as most Turks do not speak English.

However, while the country tends to be politically and socially stable, there have been several terrorist attacks over the last few decades on well-known tourist destinations. Despite Turkey’s considerably low crime rate, tourists might experience some robbery and pickpocketing in the country’s most famous tourist spots. Another thing you might want to consider while traveling there is driving safety, as driving on Turkish roads could get a little hectic at times.

Although there are no clothing restrictions in Turkey, foreign women should avoid wearing revealing clothes in certain areas of the country, since wearing them may lead to unwanted attention.

Additionally, it is illegal to criticize Turkey, the Turkish people, its government, or Mustafa Kemal Atatürk, the country’s founding father. This law carries fines and jail time of up to three years as a penalty for violations.

If you stay away from certain areas, particularly those close to the Syrian border, Turkey is a safe country to visit. The majority of thefts and pickpocketing take place in tourist destinations, restaurants, stores, and on public transport, and certain crimes can occur there as well.

Turkey’s public transportation is generally safe. If you plan to drive, be aware that local drivers in the country can be careless and frequently ignore traffic laws and signs.

Turkey has experienced earthquakes in the past, as well as severe droughts that left certain regions without access to drinking water.

In Turkey, especially in Istanbul, pickpocketing is a frequent occurrence. Hold your baggage closely by your side and always be careful. In Istanbul, the places you should lookout for pickpockets are Taksim Square, the Grand Bazaar, Sultanahmet, and the Spice Bazaar.

Violent crime in Turkey predominates near the Syrian border, where muggings, kidnappings, and assaults have been recorded. In that area, terrorist organizations frequently target those working in the media or the humanitarian sector.

Risk of getting scammed: medium

In Turkey, it is a frequent scam for locals to become friends with visitors, take them out for a drink or dinner, and then demand payment from the visitor. Taxi drivers may try to fool you about the cost of the ride to get you to pay more.

Women traveling alone in Turkey should avoid walking alone after dark since there have been reports of verbal and sexual attacks. Women should never go alone or in poorly lit locations since these things might still happen to them even if they’re with a group.

Tourists are most concerned about terrorism because it has recently been active in Turkey. The majority of these incidents are related to terrorist actions carried out by Kurdish separatists in southeast Turkey. The most recent terrorist incident occurred in January 2017.

Is Turkey expensive to live in?

According to numbers provided in Numbeo, a family of four is expected to spend around ₺22,455 ($1,250) without monthly rent. One person’s projected monthly expenses, excluding rent, are ₺6,413 ($357).

How much money do you need to live comfortably in Turkey?

Is living in Turkey cheap? 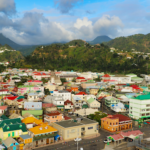 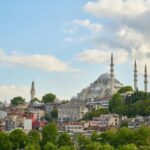