In this article on global income tax, we’ll provide you with an overview of what a worldwide tax system is, as opposed to a territorial tax system, and focus on the current situation in the USA.

What is a worldwide tax system?

Worldwide Taxation in the United States

Before the TCJA in 2017, the United States operated a worldwide tax system. This meant that US corporations needed to pay US corporate income taxes on all their worldwide earnings, with a credit for foreign corporate taxes paid.

To provide you with an example of a US corporate income tax rate under this system, if there was a US company with a subsidiary UK company, that subsidiary would pay 19 percent corporate tax in the UK on its earned profits. Under the worldwide tax system, if the subsidiary company was brought back into the US, the US parent company would owe an additional 16 percent on those earnings (the difference between the UK’s 19 percent and the old 35 percent US corporate tax rate).

Enter the territorial tax system. Under this system, the US parent company doesn’t owe any additional US corporate tax on these repatriated profits.

The worldwide system discouraged the transfer of earnings back into the USA, combined with its relatively high corporate income tax of 35 percent. This is known as “reparation” and was due to the fact that multinational businesses could reinvest or hold foreign-earned profits overseas instead of bringing them back to the USA, basically deferring their US tax liability on foreign-earned profits.

The New Territorial Tax System in the United States

As part of the TCJA, the new territorial tax system is now in place. This system, in general, excludes foreign-earned income from domestic taxation.

Nonetheless, certain income types, such as passive income and foreign-earned capital gains, are not included. As such, the tax system is only partially territorial.

Over the past 30 years, most OECD (Organization for Economic Co-operation and Development) countries have transitioned from a worldwide taxation system towards a territorial taxation system. The aim of many countries has been to reduce barriers to international capital flows and boost the competitiveness of domestically headquartered multinational firms, therefore changing their tax systems.

Chile, Israel, Korea, and Mexico are the only OECD countries that operate fully worldwide tax systems for corporations.

The following articles may also be of interest to you:

In some cases, you will not need to be physically present in the conutry to secure citizenship or residency through these programs, alongside there being a whole array of advantgaes to having a second passport. You will, however, need to ensure that your home country allows dual citizenship.

Is my global income taxable in the USA?

Regarding global income taxation, if you are a US citizen or resident living outside the USA, then your worldwide income is subject to US income tax, regardless of the country you reside in. There are certain exclusions on foreign-earned income that you should check to see if you are eligible.

Each country will impose rules relating to worldwide taxes, so be aware of these differences between countries.

The IRS (Internal Revenue Service) is responsible for helping taxpayers in understanding and meeting their tax responsibilities, including enforcing the law if the taxpayer attempts to fall short of his tax duties.

If the Canadian Revenue Agency deems you to be a Canadian resident, you will be required to pay income tax on worldwide income. The amount of tax you will need to pay will depend on your earnings. You should be aware of the rules in place when it comes to you have to pay taxes and submit your tax return to ensure that you are not withholding tax or getting in trouble for any form of tax avoidance.

How much overseas income is tax-free?

Citizens living abroad should be up to speed on the tax code that applies to them. Tax laws will vary from country to country. Taxable income and the amount of overseas income that is tax-free will depend on the tax rules and regulations in your country. Many counties have double taxation agreements and income tax treaties in place to avoid double taxation, providing some tax relief. Worldwide tax liabilities will vary, so be sure to be aware of the rules in place when completing your tax return. Some counties will have citizen based taxation, while others will have residency based taxation.

It can be a good idea to speak with international tax specialists to understand the tax law in place for your situation regarding international tax. Many jurisdictions impose rules limiting the amount of tax you need to pay in certain circumstances, and some countries may have more lenient tax policies in place than others. It is best to be well-versed in tax affairs. For example, there are tax havens, which have very low rates for taxation for foreign investors in certain circumstances.

Are Indians taxed on global income? 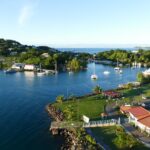 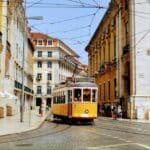