First established in 2012, and now reaching its 10th anniversary, Portugal’s Golden Residence Permit Program enables non-EU/ European Economic Area (EEA) citizens to obtain a special residence permit in exchange for a minimum 5-year investment in Portugal. From 2012 to the present, 10.170 residence permits were approved and over €6 billion was invested in the country, boosting the local economy, and generating jobs. The Resident Permit Program is an essential part of the Portuguese government’s immigration plan to welcome investors into the country. From the 1st of January 2022, the program received an overhaul by the Portuguese Government excluding some areas for residential investment and focusing investments on less populated areas of the country and its islands.

Golden Visa applications and processing procedures are handled by SEF – Serviço de Estrangeiros e Fronteiras, or in English, Foreigners and Borders Service. The process starts with an online application, pre-approval, and a biometrics visit, but GV applications have stalled in the last 5 months – creating a considerable backlog. The sequence of the events that has led to such an unfortunate situation, namely the Covid-19 pandemic, general elections and the appointment of a new government in Portugal, and finally the Ukrainian war, have placed extra pressure on an already overloaded system. SEF has processed and issued, since February, visas for more than 30.000 requests from Ukrainian refugees that came to Portugal during the war. In a sensible manner, the decision within SEF (which was also taken for political and humanitarian reasons) was to prioritize the issuance of these visas.

Furthermore, there are also planned changes to SEF, which is transitioning from its current form. The department had an overall restructuring scheduled for May 2022, but it has been postponed. Obviously, this process has been creating a lot of political pressure on SEF and a high level of uncertainty among workers, which has led to strikes and widespread instability that further impairs its normal functioning.

All in all, we have almost a perfect storm.

Although this is incredibly frustrating for investors taking part in the program, there is light at the end of the tunnel and SEF has resumed accepting new Portugal Golden Visa applications. Pre-approvals have now been processed and the backlog is decreasing considerably. The recent appointment of SEF´s new National Director brought a positive reinforcement, and we have already seen the results of his determination and motivation to detangle the effects arising from this unprecedented context.

Alongside this, at this point in time, we can already say that temporary protection for Ukrainian citizens seems to have stabilized and the analysis of Golden Visa processes has resumed, with new pre-approvals of applicants from the last quarter of 2021 being sent daily.

Everything suggests that biometric scheduling will start again very soon and, it is a relief that the application submission system is now up and running again.

Above all, we know that the objectives of our clients and those of Portugal are compatible and we are working daily, and are evaluating all perspectives so that these are swiftly realigned. 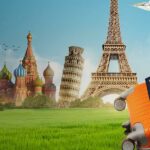 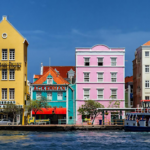